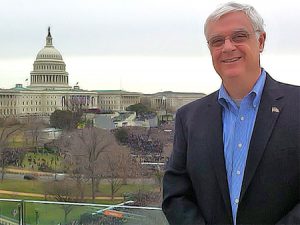 The Board of Directors of the National Aeronautic Association (NAA) has approved the nomination of Greg Principato to become the association’s President and CEO.

“Greg brings great national experience and expertise in aviation to the position,” said Jim Albaugh, Chairman of NAA. “The Board looks forward to working with him.”

Principato, who will begin work on October 20, 2016, will be the 32nd Chief Executive of the 111-year old organization. He will replace Jonathan Gaffney, who has served as President and CEO since 2007.

“The National Aeronautic Association has always played an important role in telling the amazing story of aviation, and in showing the way to even greater achievement. It is truly an honor to be selected to lead this important organization,” offered Principato.