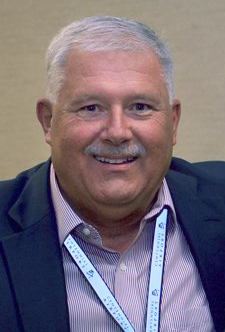 Robert Olislagers, A.A.E., Executive Director of Centennial Airport, will receive the American Association of Airport Executives’ Distinguished Service Award, which is presented to airport executives in honor of an exemplary career and contributions to the airport industry.

“Robert is an invaluable colleague in the airport community who has served in a variety of important roles, including widely-respected airport director and active AAAE member,” said AAAE Chair Carl Newman, A.A.E., CEO of the Jackson Municipal Airport Authority. “In addition to his years of service to the aviation industry, Robert has been so passionate about airports that he has undertaken a large number of volunteer positions, resulting in invaluable improvements throughout our industry.”

The Distinguished Service Award is one of AAAE’s highest levels of recognition. Men and women receive the award as a mark of accomplishments in their professional and personal lives. Respected leaders of their own communities, these men and women also contribute to other aviation organizations, serve AAAE and its chapters and participate in civic and community affairs. Distinguished Service Award winners exemplify the best in airport management by continually bringing credit to the profession and the aviation community. All DSA winners are Accredited Airport Executives (A.A.E.) and exemplify the standards accreditation seeks to inspire. Olislagers will receive the award today at the annual meeting of the Northwest Chapter of AAAE in Big Sky, Mont.

Olislagers has been active in many aspects of AAAE over the years, including serving on the Board of Directors, the Policy Review Committee and the Transportation Security Services Committee. He chaired AAAE’s General Aviation Airports Committee and the Academic Relations Committee, and as one of the leading subject matter experts, he has chaired AAAE’s General Aviation Security Subcommittee since 2008. Additionally, Olislagers served terms as president of two AAAE Chapters: the Northwest Chapter in 2008-2009 and the Southwest Chapter in 1995-1996. Olislagers is a member of the Executive Board of Directors of the International Association of Airport Executives (IAAE), an affiliate organization of AAAE. For 15 years, Olislagers served on the AAAE Nominating Committee, which selects qualified candidates for the Executive Committee and the Board of Directors.

Since 2000, Olislagers has served as Executive Director of Centennial Airport in Englewood, Colo., one of the busiest general aviation airports in the country. From 1995 to 2000, he was director of six airports owned by San Bernardino County in California. He also has managed other airports in California and New York during his distinguished career.