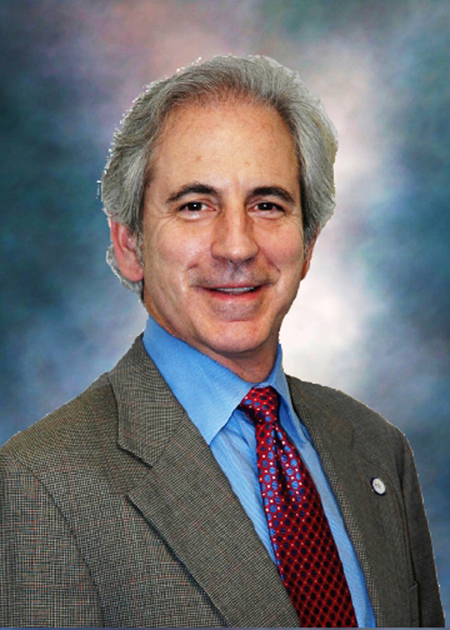 Capital improvements at Claremore Regional Airport and David Jay Perry Airport in Goldsby, as well as four other general aviation airports in the state, should be in full swing soon following the Oklahoma Aeronautics Commission’s approval of $1.5 million in state grant funds to help those construction projects get off the ground.

The grant funds are part of the three-year Capital Improvement Program (CIP), the Aeronautics Commission’s long-term planning and programming document that provides publicly owned airports with federal and state grant funds for such things as runways and taxiway improvements, lighting and signage updates, and terminal construction.

“Our charge from the state Legislature when they created us more than 50 years ago was to encourage, foster and assist in the development of aeronautics in this state. One of the primary ways we do that is by directing federal and state grant funds to Oklahoma communities for developing and maintaining their airports,” said Director of Aeronautics Vic Bird (shown at right). “We are pleased to assist these airports and look forward to helping many other communities with their airport infrastructure needs over the coming months and years.”

Claremore Regional Airport, which has experienced almost unprecedented growth over the last five years and is home to 75 based aircraft, will receive $634,000 in state funds to construct a taxilane for hangar development and what is referred to as a hardstand within the main aircraft parking area.

A hardstand is a hard-surfaced concrete area on which heavy airplanes, such as jets, can be parked. Such an area would be extremely beneficial to airports in this part of the country, especially during the summertime when asphalt surfaces get hot and can soften up, causing heavy aircraft to sink into the existing pavement.

“This state grant will allow us to build eight additional private hangars and up to four more commercial hangars,” said Jeri Koehler, executive director for the Claremore Industrial and Economic Development Authority. “That helps the airport be self-sufficient. It also is instrumental in attracting more businesses to the area and the airport.”

More than 35 aircraft are based at Halliburton Field. Jets owned by Halliburton Energy and Family Dollar regularly use the airport. Recent inspections of the airport revealed breaks and cracks in the pavement as well as joints that were poorly sealed. Getting those deficiencies corrected will extend the useful life of the existing pavement and provide a safer environment for those aircraft as well as others that fly in and out of the airport.

The City of Duncan will also use $150,000 in federal funds and $26,388 in local matching funds to help pay the remainder of the half million dollar project.

A $420,000 project to construct a new terminal building at Goldsby’s David Jay Perry Airport will get a financial boost with a $210,000 state grant. The Town of Goldsby must provide 50 percent in local matching funds as required by the Aeronautics Commission for such projects.

The new terminal building is the sixth such structure the Aeronautics Commission has approved for state funding since fiscal year 2010, the first year it began including construction or renovation of terminal buildings in its three-year CIP. The other terminal building projects are located in Ada, Durant, Grove, Muskogee and Shawnee.

The terminal building project is the second project at David Jay Perry to receive a state grant within the past four months. Last September, commissioners approved a state grant of $154,000 that went toward the construction of new taxilanes for future hangar development.

About 55 aircraft are currently based at the Goldsby airport, considered as an unofficial reliever airport to Max Westheimer Airport in Norman, which is a reliever to Will Rogers World Airport.

Elk City Regional Business Airport was approved for a $175,000 state grant to construct a hardstand for the main aircraft parking apron.

According to airport officials, the aircraft parking apron is in poor condition. A hardstand would allow the airport to better accommodate jets like those used by companies such as Schlumberger and Chesapeake Energy that regularly use the airport because of doing business in the area. Charter jets that often stop at the airport to refuel on their way to other destination across the U.S. would also benefit from the hardstand.

City Manager Lee Litterell said, “We are trying to change the culture of our airport in Elk City. It has been an underdeveloped and underused economic development tool, so this project fits in perfectly with where we are headed [with the airport].”

Similar to Elk City’s project, Commissioners also approved a $144,000 state grant for the construction of a hardstand at Shawnee Regional Airport. Officials said the airport’s asphalt apron has been deteriorating recently, and a hardstand would provide a more stable area to park jet aircraft.

“In years past, I can personally say that some of the larger jets have been hesitant to land and park at our airport because we do not have a concrete hardstand,” said Keenan English, airport manager at Shawnee Regional Airport.
He recalled an incident during one recent summer when the pilot of a Gulfstream V business jet, which can carry up to 12 passengers and weigh upwards of 90,000 pounds, contacted the Shawnee airport looking for a place to park for an extended time period. After finding out the airport did not have a hardstand, the pilot instead chose to fly to a different airport in Oklahoma City that had one.

“Once the new hardstand is built, it is going to increase our capacity and improve our services at the airport,” English said.
Commissioners also gave their approval for a state grant of $21,000 to help Clinton Reginal Airport seal cracks in their main parking apron. Officials said once the crack seal is done, workers will return in the spring to put down a seal coat and remark the pavement.

Through its CIP, the Commission determines the airport projects that will be constructed at all of the 110 airports that comprise the Oklahoma Airport System, except the commercial service airports. Projects are prioritized based upon safety, preservation, standards and capacity. State grants typically require five percent of matching funds from the airport sponsor, while federal grants require a 10-percent match. The Commission assists local communities with half their required match on many federal grants identified in the Commission’s CIP.

On average, $4 million in CIP grants is awarded annually to communities throughout the state. Since 2002, the Commission has invested about $55 million of the $66 million it has received from aircraft owners and pilots that use the Oklahoma Airport System – 83 percent of its total funding – in airport infrastructure projects.