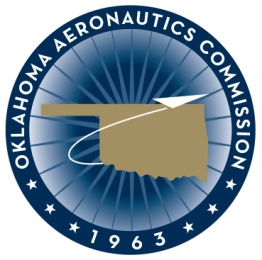 Twenty-four organizations were recently awarded Aerospace and Aviation Education Program grants or contracts totaling over $218,000 from the Oklahoma Aeronautics Commission (OAC). The funds will be used to expose more school-aged children in Oklahoma to STEM (science, technology, engineering and math) careers, particularly those in aerospace and aviation.

“Aerospace is our second-largest industry. To ensure the viability of the industry and organizations like Tinker Air Force Base and Boeing, we must have a skilled and competent workforce. The Oklahoma Aeronautics Commission’s aerospace and aviation education program serves this objective in a very meaningful way,” said Governor Mary Fallin.

Director of Aeronautics Vic Bird said aerospace is one of the state’s top five industry ecosystems and is responsible for more than 120,000 direct jobs statewide. Aerospace products and services are also the state’s No. 1 export, he said.
“I don’t think there is anything we do as a state aviation agency that is more important than aviation and aerospace education,” Bird said. “This is an investment in our state, our national security, and the world’s safest aviation system.”
The program, which has been awarding aviation education grants for over 30 years, is part of the OAC mission to encourage and promote aviation throughout the state of Oklahoma.

“This year’s program received 36 applications by the May 31 deadline. Of those, 23 were recommended to the Commission for approval at the August 11 meeting. Three of the applicants, Battiest Public Schools, Oklahoma State University, and Tulsa Regional STEM Alliance will be considered at the September 1 meeting, totaling 27 grants for the year,” said Sandra Shelton, Public Information Officer and Aviation Education Coordinator.

Recognized nationally as having one of the most robust aviation education programs among state aviation agencies, OAC
has provided nearly $1.6 million in education funding within the last 10 years alone, including more than $235,000 this year.

“This was the agency’s biggest year insofar as applications received and funds approved. There were notable programs that were not recommended to the Commission due to lack of funding, and in some cases, under developed programs. We expect OAC’s aviation education grant program to flourish, and look forward to concentrating our efforts in rural communities while enhancing urban efforts as well,” Shelton said.

In order for a program to be eligible for an aviation education grant or contract, it must meet certain requirements in the Oklahoma Administrative Code. Most importantly, the program must demonstrate that its curriculum is geared toward aviation and aerospace. Applicants must provide receipts and are only reimbursed for those items outlined in the application for their program. Applicants are not permitted to alter their program and must comply with the guidelines set forth in the application process.

The following grants were approved by OAC Commissioners August 11:

A brief Public Service Announcement (PSA) was developed by the OAC to educate the public regarding the aviation education program and can be viewed at https://www.youtube.com/watch?v=jrYYTPKDnDk.