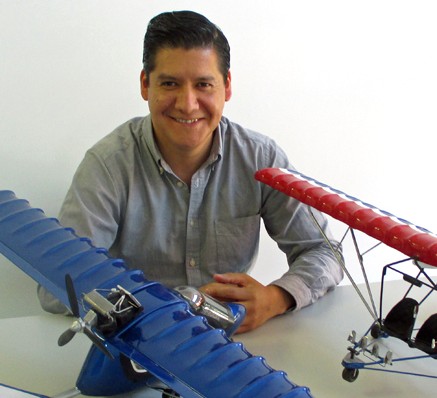 Quicksilver Aeronautics announced it hired Cesar Diaz Perez as Sales Director. Mr. Diaz is an experienced sales executive with extensive knowledge in international business. He brings sales experience for Asia, Latin America and Europe, markets in which Quicksilver seeks to increase its presence.

“I am pleased to announce that Cesar Diaz has joined the Quicksilver organization as Sales Director,” said Quicksilver Aeronautics President, Will Escutia. “Cesar will become the main point of contact with dealers on a regular basis.”

“While I am not yet a pilot I have a very good knowledge of the products and the light aircraft market,” said Diaz. “I look forward to working with many Quicksilver dealers in the United States and in countries around the world.” Quicksilver Aeronautics has more than 15,000 aircraft flying in nearly 100 countries so Mr. Diaz’s capabilities will be an asset. He is fluent in Spanish, Chinese, and English, and has studied French and Italian. He attended Zhejiang University in Hangzhou, China and spent one year in Fudan University in Shanghai, China. Diaz has worked extensively in China, a country in which many aviation companies are investing significant resources. Diaz is an economist with a Masters Degree in Quality with international experience in sales, business development and international trade for a Fortune 500 company. This background will help Mr. Diaz as Quicksilver sets a new course.

“After final acceptance by FAA [following an audit in December 2014] we are prepared to swiftly put the Sport 2S into production as a fully-built aircraft,” said Escutia. Adding Mr. Diaz is seen as an essential step as Quicksilver takes a bold new step.

According to Light-Sport Aircraft regulations, a manufacturer such as Quicksilver Aeronautics may create “extensions,” which are manufacturing locations other than the headquarters factory. A manufacturer is charged with maintaining full quality control over these extensions but such remote operations put manufacturing much closer to customers. While any LSA manufacturer can pursue this method no other company has yet opened such facilities making Quicksilver a pioneer in this regard. (Van’s Aircraft uses Synergy Air to fully build RV-12 Special LSA but uses only that one location at present.)