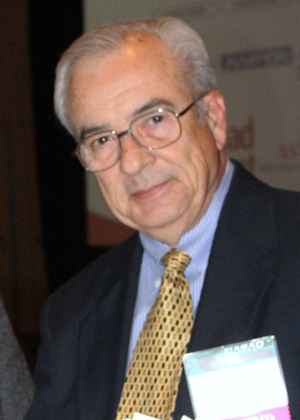 Houckes, who is retiring this month, received the award in recognition of his 12 years of effective and dedicated advocacy work on behalf of NBAA Members and business aviation in the Southeastern U.S.

“Harry has worked tirelessly to advance business aviation in his region and has successfully represented the interests of NBAA Members on a wide variety of issues, from aviation taxes to airport access,” said Steve Hadley, NBAA director of regional programs and Southwest regional representative. Houckes received the award from NBAA President and CEO Ed Bolen at NBAA’s Business Aviation Regional Forum in Boca Raton, FL.

The first regional representative to bring the perspective of a flight department manager to the program, Houckes’ distinguished career included a long tenure with Mobil’s flight department, center manager at FlightSafety International in Savannah, GA, and director of aviation with Bank One in Columbus, OH. Houckes is type-rated in eight aircraft, including the Gulfstream GV and Boeing 707/720. He received his bachelor’s degree from Georgetown University and earned his wings in the United States Air Force as a Boeing KC-135 pilot.

“We are pleased to be able to honor Harry with this well-deserved award, and wish him well in his future endeavors,” said Hadley.