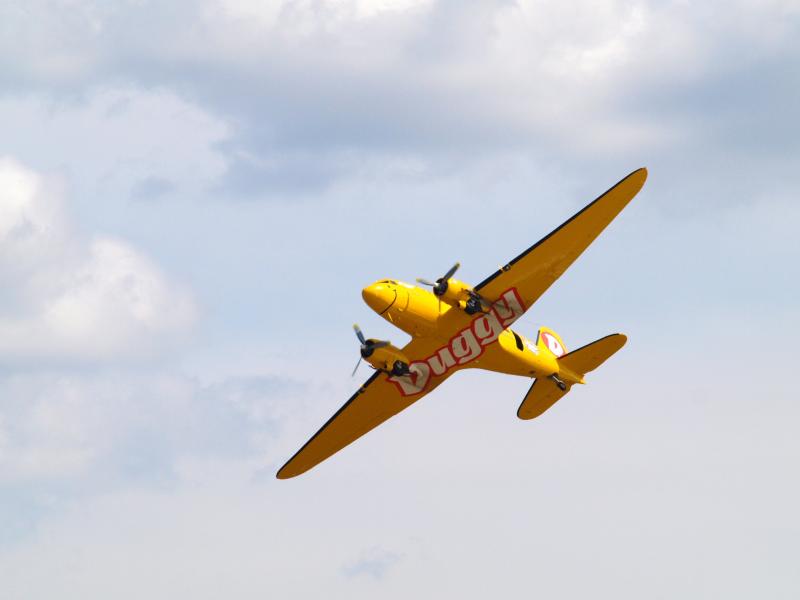 They’re coming from everywhere; some three dozen DC-3 and C-47 aircraft that have already shown interest in participating in
"The Last Time…" 75th anniversary celebration of the aircraft at EAA AirVenture Oshkosh 2010.

The list of potential aircraft that will be participating in the DC-3
mass arrival is still being finalized, but many of the participants are
listed at www.TheLastTime.org website dedicated to the formation arrival coming to Oshkosh.

The registration list for the mass arrival on July 26 is now officially
filled at 35 aircraft, because of limitations at the staging airports.
Other DC-3/C-47 operators are welcome to participate, however, by
individually flying to AirVenture, which will be held July 26-August 1

at Wittman Regional Airport in Oshkosh. Those aircraft are encouraged to contact Adam Smith at EAA headquarters at asmith@eaa.org.

"This is a tremendous response in just the several weeks since the 75th anniversary commemoration was announced," said Smith, EAA’s vice president of membership.  "We are still receiving inquiries from owners of some very special DC-3s, and we welcome all of them to be a part of AirVenture 2010, whether or not they are able to participate in the mass arrival."

Several of the DC-3s have been regular visitors to Oshkosh in past years, while others have made only rare appearances or have never been here. In all, it promises to be the largest airborne group of DC-3s assembled since World War II, and likely for the last time ever.

One of the details being solved currently is parking for this many magnificent DC-3s at Oshkosh. It’s anticipated that AeroShell Square, along with the Warbirds and Vintage Aircraft parking areas, will be fully engaged to showcase these venerable airplanes.

Fewer than 100 of the aircraft remain airworthy in the United States, meaning that nearly half of the current fleet could be present at
AirVenture 2010. The weeklong festivities at Oshkosh will also include historical and technical forums/presentations, fly-bys and a special evening DC-3 commemorative program at Theater in the Woods.