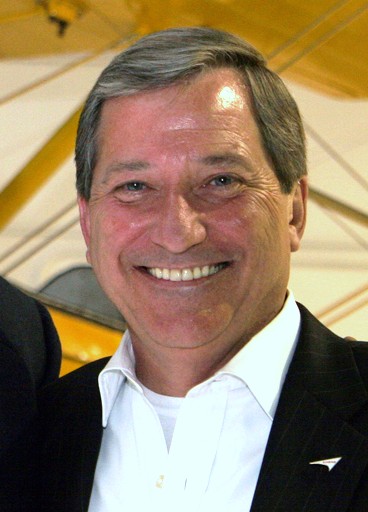 A new study showing that local, state and federal government use of aircraft increases operational efficiency and provides significant taxpayer value was welcomed today by the National Association of State Aviation Officials (NASAO).

The findings in the study, Government Use of Aircraft: A Taxpayer Value Perspective, include survey results from NASAO members who provided an understanding of how state governments use aircraft, including excerpts from numerous state officials who utilize government aviation in the conduct of their business.
NASAO President and CEO Henry Ogrodzinski (shown at right) said it was a pleasure to assist with this study because states play an important role in serving the public interest while working with FAA to ensure safe and secure airports.  "The states recognize that government aviation is fast, cost effective and highly efficient."
The study, the third in a series completed by NEXA Advisors, LLC, finds "government use of aircraft provides taxpayer value by providing public safety and security, supporting more efficient, effective government, protecting public health and welfare, facilitating economic growth, improving tax dollar efficiency, promoting good government relations, and improving compliance."
The study was commissioned by the National Business Aviation Association in conjunction with the No Plane No Gain advocacy campaign, which educates policy makers and opinion leaders about the value of business aviation to citizens, companies, and communities across the United States.
Review a full copy of Government Use of Aircraft: A Taxpayer Value Perspective
Attachment: