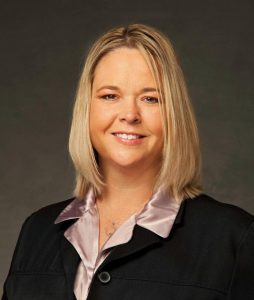 The Kansas City Aviation Department has announced the transition of Melissa Cooper, A.A.E., to a new role as Manager of the Charles B. Wheeler Downtown Airport (IATA: MKC). Cooper is now responsible for the overall operation and management of the airport in the heart of downtown Kansas City. She will lead all safety and security initiatives, oversee financial planning and ensure regulatory requirements are met all while maintaining the airport as a front door to Kansas City.

Melissa Cooper served most recently as Manager of Field Maintenance at Kansas City International Airport. Prior to this position, she was Deputy Director of the Johnson County Airport Commission in 2014 and Assistant Manager at the Downtown Airport from 2006 to 2014. Before moving into airport management, Cooper was a contractor with the Federal Aviation Administration, a system controller for Vanguard Airlines and a route scheduler for Executive Beechcraft.

Cooper holds both a Master of Science degree in Aviation Safety and a Bachelor of Science in Aviation Technology from Central Missouri State University. She is an Accredited Airport Executive through the American Association of Executive Airports and holds a commercial pilot’s license.

Charles B. Wheeler Downtown Airport was built in 1927 and has undergone extensive renovations over the years to keep it modern and in demand. It is a 24/7/365 operation and offers aviators state-of-the-art landing systems as well as full aircraft maintenance, hangar facilities, air cargo facilities, aircraft sales, leasing and charters, flight training and car rentals.

The Kansas City Airport System is an Enterprise Fund Department of the City of Kansas City, Mo., and is supported wholly by airport user charges. No general fund tax revenues are used for the administration, promotion, operation, or maintenance of the airports in the system. Visit flymkc.comfor more information.