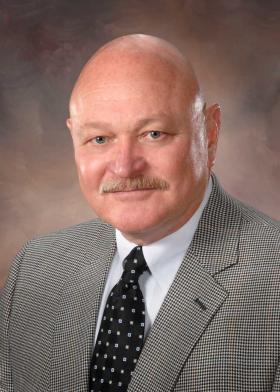 James Loomis, A.A.E., City Manager of the City of Lubbock, Texas, was presented the AAAE Distinguished Service Award, which is presented to airport executives in honor of an exemplary career and contributions to the airport industry.
“James is a valued colleague who has served the nation’s aviation community in a number of roles – from airport director and active AAAE member to an airport planning and management instructor at Wichita State and Embry Riddle Aeronautical universities,” said AAAE Chair Randall D. Berg, A.A.E., Director of Airport Operations at the Salt Lake City International Airport.

The Distinguished Service Award is one of AAAE’s highest levels of recognition. Men and women receive the award as a mark of accomplishments in their professional and personal lives. Respected leaders of their own communities, these men and women also contribute to other aviation organizations, serve AAAE and its chapters and participate in civic and community affairs. Distinguished Service Award winners exemplify the best in airport management by continually bringing credit to the profession and the aviation community. All DSA winners are Accredited Airport Executives (A.A.E.) and exemplify the standards accreditation seeks to inspire.

Loomis was named interim city manager of Lubbock, Texas, in 2013 while serving as executive director of aviation. He has worked for Lubbock since 2004, and before that held managerial positions at the East Texas Regional Airport and airports in Illinois, Alabama, Kansas, and Houston. Loomis has a master’s degree in public administration from Central Michigan University and served in the U.S. Army from 1969 until 1983.

Loomis was presented with the award on March 9 at the AAAE South Central Chapter’s Annual Conference and Exhibition in Tulsa, Oklahoma.