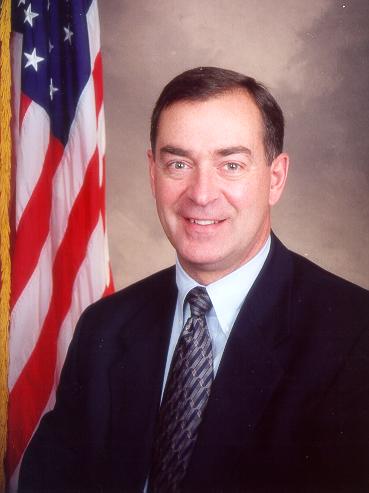 Jack W. Ferns, Director of Aeronautics, Rail and Transit for the New Hampshire Department of Transportation, will be leaving his post this week after 16 years with the state. Though his term ends on August 20, Ferns said he has the opportunity to stay until his position is filled with a qualified applicant with the appropriate knowledge, skills and a focus on transit.

Ferns, a former Chair of the National Association of State Aviation Officials, (NASAO), has been very active promoting aviation not only in his state but on a regional and national level as well. According to Henry Ogrodzinski, President of NASAO, Ferns has served on many of the association’s committees, served as a Regional Director and was an association officer for four years.

"I’m very fortunate to live in a small state that offers so much in aviation," said Ferns. "The best thing about aviation in New Hampshire is the diversity of people, pilots, and airports." Every year, as an example, Ferns travels around the state with a member of the Governor’s Executive Council. "We fly to 12 airports in one day (half of NH airports)," said Ferns. "We meet with pilots, airport managers, airport

authorities, and locals to listen and express our interest and support for New Hampshire aviation."  From the longest runway at Pease on the seacoast to the shortest runway in the north country at Colebrook, Ferns said that they all have a unique ability of luring you back.

"Through Jack’s dedication," said Ogrodzinski, "New Hampshire became the newest Block Grant State and was instrumental in a region-wide system plan that resulted in greater commercial traffic at New Hampshire’s Manchester Airport and Rhode Island’s T.F. Green Airport." And, according to Ogrodzinski, that plan resulted in relieving congestion at Boston’s Logan Airport.

"When I made my first visit to a NASAO function in 1996," said Ferns, "I was approached by a big fellow from North Dakota at the airport." That person was Gary Ness, Director of the North Dakota Aeronautics Commission at the time. "Gary welcomed me to the NASAO family and shook my hand, beginning my journey with NASAO," said Ferns.

While there have been highs and lows over the years, Ferns concluded that the NASAO family is always unified in their allegiance to aviation.  From the disposition of the FAA 5010 inspections to the GA security issues after 911, NASAO becomes involved. "As a national leader," said Ferns, "NASAO has offered me the opportunity to work the issues from the ground level to the heights of Washington, DC."

Ferns is credited with creating the NASAO Is You program, which brings members up to speed on the association’s activities and accomplishments while encouraging member involvement, and the Silver Eagles Society made up of members that have been with the association for more than five years.

Most recently, Jack has been leading the effort to create a New England General Aviation System Plan. He has also been very active in the state’s historic society as well as the New England Aviation Club. "Jack and his father have been legendary in New Hampshire aviation circles," said Ogrodzinski.

Ferns has been a distinguished NASAO member since 1996 and according to Ogrodzinski, along with Jack’s wife, Carla, have been regular participants in NASAO events.

"NASAO has become a family," said Ferns. "I’m extremely proud to have participated."