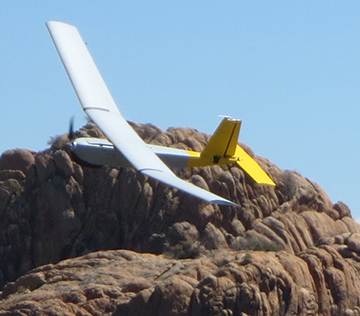 Reports of unmanned aircraft have increased dramatically since 2014. Safely integrating unmanned aircraft into the national airspace system is one of the FAA’s top priorities, and the agency wants to send a clear message that operating drones around airplanes and helicopters is dangerous and illegal.

“We have a number of educational initiatives with our government and industry partners to teach drone operators how to fly safely, including the drone registry we launched last December,” said FAA Administrator Michael Huerta. “But enforcement goes hand-in-hand with education, and we will take action against anyone who operates irresponsibly to the full extent of the law.”

The FAA wants operators to know where it’s legal to fly their drone. More than 406,000 people have registered since the registry went live in late December.

For current information on where unmanned aircraft can be flown safely, the FAA offers the B4UFLY app that is available for iOS and Android smartphones. The app is free and can be downloaded from iTunes and Google Play. Unauthorized operators may be subject to stiff fines and criminal charges, including possible jail time. Report – http://www.faa.gov/uas/law_enforcement/uas_sighting_reports/