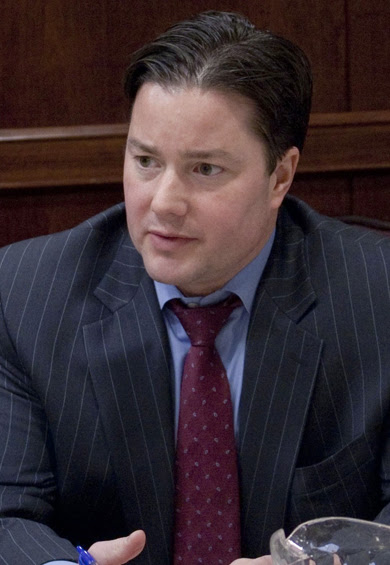 Rich Swayze, FAA’s Assistant Administrator for Policy, International Affairs and Environment told the NextGen Advisory Committee (NAC) this week that the FAA has no choice but to cut the services it provides or raise more money over the next decade. Before joining the FAA earlier this year, Swayze (shown at right) was a top aviation aide to the Senate Commerce Committee. He told members of the NAC that the FAA can’t continue to provide the services they provide, implement NextGen and recapitalize aging infrastructure without cutting programs or raising revenue.

Swayze, who is involved in planning the agency’s next long-term authorization by Congress once its current operating authority, embodied in the FAA Modernization and Reform Act of 2012, expires in September 2015, showed the NAC in an “Operations Account Outyear Profile” that the FAA will be running a $5 billion deficit by Fiscal Year 2022 when aligning its projected operating costs versus its funding. The deficit widens if the automatic “sequestration” budget cuts Congress has imposed remain in place.

The NAC is a high level industry-government committee assembled by the federal advisory organization RTCA and has identified priority programs and locations designed to quickly demonstrate the efficiency and fuel-saving benefits of the NextGen modernization. The FAA’s Fiscal Year 2015 budget request is for $15.4 billion, including $9.75 billion for operations; a 1 percent increase over the previous-year enacted level; $2.6 billion for facilities and equipment, steady with previous spending; and $774 million for NextGen, 6.5 percent below the fiscal 2014 enacted budget.