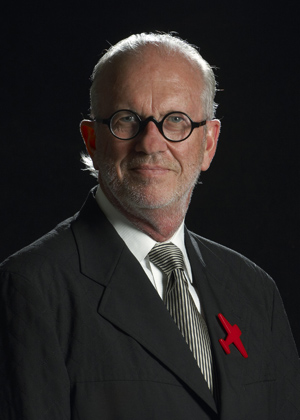 In 1981 Robert Duncan took over the reigns of what had already become a thriving aviation business in Lincoln, Nebraska and continued to build on the hard work and success his father had already accomplished. Duncan proceeded to guide the family-owned business through some tough economic times and build it, into what is today, the largest family-owned maintenance, repair and overhaul (MRO) facility in the world,  providing complete acquisition sales and support services for business aircraft.

Recognizing those contributions, Duncan was honored last month, by receiving the ‘Lifetime Aviation Entrepreneur Award,’ at the 9th Annual “Living Legends of Aviation”® Awards banquet held in Beverly Hills, California. "I very much appreciate this honor," said Duncan, pleased that it puts the spotlight on all of the almost 2,000 team members of Duncan Aviation.
Duncan, who stepped down as Chairman in 2007, said that customers and vendors, to say nothing of their team members, love that fact that they are family owned. "We make decisions for the long term," said Duncan. "We are not pressured to maximize profits in the short term. We are able to do what’s right – what makes common sense."
That business model does allow them to be flexible to make quick decisions, often to take advantage of timely opportunities, but being family owned does limit their access to capital. Duncan says they can only grow from internally generated earnings, which forces them to take advantage of only the best ideas — "it’s a welcome discipline."
Todd Duncan, Robert’s son and current Chairman says the award confirms that they are doing the right thing – its a pat on the back. "We have a tremendous passion for the team, for flying – this [award] is another thank you."
Duncan Aviation has been recognized several times over the years by ‘Fortune’ magazine as one of the top 100 best places to work. "This means we have built a business where employees love to work," said Robert Duncan. "A place where they are a true part of the success — where they truly make a difference and most importantly, a place where everyone cares for one another."
As Robert Duncan moves about the community it makes him proud to hear the positive feedback about the company. The same is true when he attends industry meetings. "The positive praise and the high regard that others feel about Duncan Aviation makes me very, very proud," said Duncan. "It’s much more important than the financial success that we have achieved."
"We’re excited about the future," said Todd Duncan. (Shown at right in cockpit) "We have a ten year plan that all team members participated in. We’re adding people in all departments. We’ve hunkered down the last couple of years but are now experiencing  tremendous momentum."
The senior Duncan said that he has always believed in people and delegated easily, which has resulted in a team of extremely capable employees. "It is their success that this award recognizes and I again thank them all. It has been a great ride and the best is yet to come for Duncan Aviation!"
The “Living Legends of Aviation” is a group of seventy (70) admirable people of extraordinary accomplishment.  Among the defining criteria used in identifying a “Living Legend of Aviation” is aviation entrepreneurs, innovators, industry leaders, record breakers, astronauts, pilots that have become celebrities and celebrities who have become pilots.  As the initial group of Legends evolved, these extraordinary people of aviation nominated others to join them, and the list has gradually grown to seventy people.  As Legends take their flight west, they are replaced by new inductees, selected by their fellow Legends.
The Legends event is produced by the Kiddie Hawk Air Academy, a non-profit 501(c)(3) qualified organization. Kiddie Hawk introduces children ages 4 thru 9 to flight with the Kiddie Hawk Trainer.  The Kiddie Hawk Trainer allows kids to take their first flight lesson with the sophistication of motion and control of real flight, piloting their airplane, albeit a few feet off the ground.  Kiddie Hawk follows the students as they progress, making scholarships available as Kiddie Hawk pilots enter actual flight training.  The Kiddie Hawk program also introduces youngsters to other aviation related careers.
Attachment: