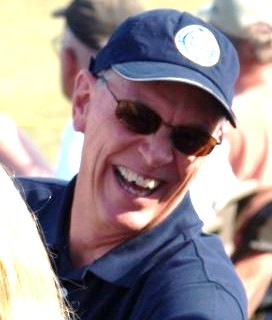 In a speech given at the China Aviation Development Forum in Beijing, China recently, J. Randolph Babbitt, FAA administrator cited an historic flight of three Douglas Worldcruiser aircraft that landed on the Yangtze River in Shanghai to encourage greater cooperation between the two countries to make sure NextGen and China’s version, CNATS – China’s Next Generation Air Traffic System, are "harmonized and interoperable."  Babbitt said he sees the next five years as the critical period for implementing the primary building blocks for both. "The work we accomplish over the next five years will play a major role in defining how we fly," said Babbitt. The FAA Administrator went on to say that it will be a very different operating environment but what’s important is that the United States and China — the two countries with the largest aviation systems in the world — work together to ensure that our systems are harmonized and interoperable.

around the world including the stop on the Yangtze. Known as the Magellans of the Air the trip concluded in Seattle on September 8, 1924 in which a Navy Admiral was quoted as saying, “other men will fly around the earth, but never again will anybody fly around it first.”

Babbitt concluded his remarks by saying, "I see a similar opportunity for Administrator Li, (Civil Aviation Administration of China (CAAC), and me as we move forward with our cooperation on aviation modernization. You see, others will certainly follow us in future years to change and improve the next generation system, but never again will anybody implement it first. This is our day. This is our time. Let’s accomplish this together."