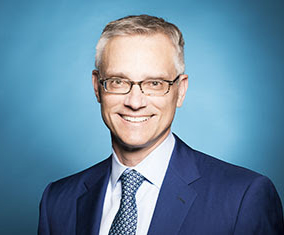 “Robert is a world-class executive, and extremely well-qualified to assume the role of president,” said Chairman and CEO Doug Parker. “He has played an important role in the success American has become, including leading our operational integration and building an outstanding team. Robert is an engaging leader with a talent for growing and inspiring the colleagues around him. As president of American Airlines, Robert will do great things for our team members, our customers and our shareholders.”

Isom began his airline career at Northwest Airlines in 1991. He joined US Airways as chief operating officer in 2007 and led the turnaround of US Airways’ operating performance and reliability. He was selected to become chief operating officer of American Airlines in 2013 after the merger of American and US Airways. As president, Isom will continue to oversee the airline’s operation and assume all revenue responsibilities for the airline.

Isom succeeds J. Scott Kirby, 49, who is leaving the airline effective immediately. Kirby began his airline career at America West Airlines in 1995 and was a key member of the executive team through the 2005 merger of America West and US Airways and the 2013 merger of US Airways and American Airlines. He was named president of US Airways in 2006 and was elected as president of American Airlines in 2013.

“Scott has been a key member of our team for over 20 years. We would not be where we are today without his leadership. The more than 100,000 team members of American Airlines – most notably me – will be forever grateful to Scott,” said Parker.

Today’s management changes are the result of the Company’s Board of Directors’ ongoing succession planning process. As part of that process, and subsequent conversations regarding career expectations and the marketability of its executives, the Company concluded it would not be able to retain its existing executive team in their current roles for an extended period. As a result, the Board chose to act proactively to establish a team and structure that will best serve American for the longer-term future.

Speaking on behalf of American’s Board, Lead Independent Director John Cahill stated, “We view succession planning as one of our most important mandates. Today’s announcement reflects the Board’s commitment to ensure American has the most talented team in the business, and continues to be led by an exemplary individual who embodies the leadership qualities necessary to lead a large, complex service organization. We look forward to Doug’s continued leadership for many years to come, welcome Robert to his expanded role, and are extremely excited about the future of American Airlines.”