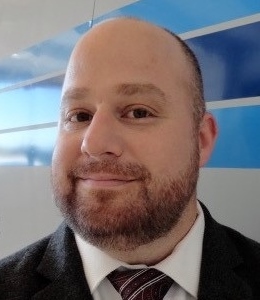 Nalbone is a senior at Embry-Riddle Aeronautical University and is majoring in Aviation Business Administration. With a 4.0 grade point average, Leonard is a commercial fixed-wing licensed pilot as well as an airframe and power plant mechanic and plans to pursue his MBA at Cornell University – Johnson School of Buffalo. Nalbone served as an enlisted helicopter mechanic with the New York Army National Guard in Albany, New York prior to being trained as a pilot.

Devoted to pursuing a career in aviation, he was exposed to general aviation at an early age and recently spent several years working as partner and general manager for Jamestown Aviation Company LLC, a successful FBO in Jamestown, New York.

“Leonard’s concerted efforts made toward his education and advanced career in aviation is impressive, and we are proud to play a part in supporting his passion for the industry,” commented Bill de Decker, chairman and co-founder of Conklin & de Decker. “On behalf of the entire staff at Conklin & de Decker, we congratulate Leonard Nalbone and wish him all the best as he pursues his future career in business aviation.”

The scholarship was initially created to honor the memory of Al Conklin, a U.S. Air Force veteran and business aviation leader for more than 60 years. Last year, the scholarship was renamed to also recognize Bill de Decker for his contributions to business aviation, for which he was honored with NBAA’s John P. “Jack” Doswell Award in 2014. Conklin’s career took him to business aviation where he sold aircraft for several companies before meeting Bill de Decker and creating the first Aircraft Cost Evaluator program. Then in 1984 they founded what became Conklin & de Decker. Each year NBAA Charities and Conklin & de Decker annually award $5,000 to an undergraduate student who is officially enrolled in an aviation management program at a University Aviation Association (UAA) member school.