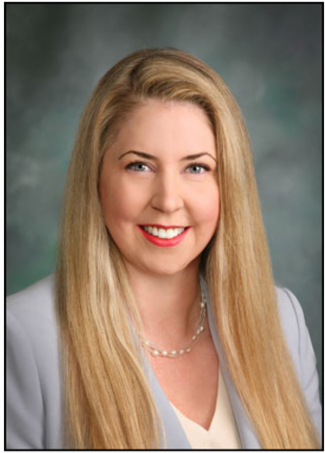 The Airport Consultants Council (ACC) announced recently that Colleen Flood (pictured at right) has been promoted to Director of Marketing and Member Services. Flood’s promotion was effective as of May 11, 2015. In this capacity, she will take on greater responsibility in driving the council’s marketing and membership recruitment initiatives in addition to meeting planning, office administration and database management.

“Colleen has been a tremendous asset to ACC since coming aboard in March, 2012,” said ACC President T.J. Schulz. “She has done a fantastic job in implementing improvements to ACC’s membership services and enhancing overall operations and efficiencies at ACC. In her new capacity we look forward to her continued efforts to advance ACC’s marketing initiatives and member services.”

ACC also announced the hiring of Kristen Scott as Assistant of Membership and Administration. Scott joined ACC on May 1, 2015, bringing with her a communications background along with association and meetings experience. Scott has worked for the National Association of Real Estate Investment Trusts (NAREIT) for two summers and received her Bachelor of Arts degree in Communications and Rhetoric from the University of Pittsburgh in June of 2014.