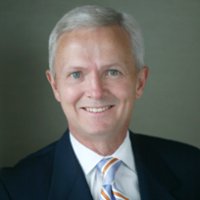 “Kirk is a proven and respected leader within the aviation industry,” said Elwell. “He brings to the post more than 30 years of aviation, construction, and legal experience that will be invaluable to both the FAA and the airports community.”

Shaffer returns to the FAA from service as the principal for D. Kirk Shaffer, PLLC where he provided strategic policy planning, expert testimony, and consensus building among a variety of aviation stakeholders and clients. Prior to that, he worked as senior counsel with Crowell & Moring, LLP to airports, air carriers, and aviation trade associations nationwide.

From 1986 to 2004, Shaffer served as executive assistant to the president, director of properties, and general counsel to the Metropolitan Nashville Airport Authority. In those capacities, he worked on a wide range of environmental, construction, and airport funding issues, especially those related to the FAA’s AIP and the National Environmental Policy Act. Shaffer also served as chairperson and vice chair of the legal committee for Airports Council International-North America from 1998-1999. He also is a Certified Member of the American Association of Airport Executives and the Aircraft Owners and Pilots Association.

Shaffer’s previous federal government service included leading the operations of the FAA’s airports organization from 2007-2009. He ensured that airports around the country met all regulatory and statutory guidelines relating to safety, capacity, and security at the nation’s airports.