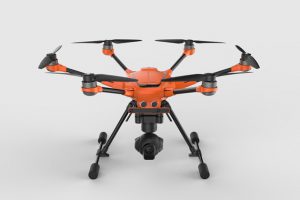 During the meeting, the committee reviewed three draft tasking statements: (1) the roles and responsibilities of federal, state, and local governments in regulating and enforcing drone laws; (2) technological and regulatory mechanisms that would allow drone operators to gain access to the airspace beyond what the agency currently permits under the Small UAS Rule; and (3) funding to offset the cost of supporting unmanned aircraft integration into the nation’s airspace.

The DAC approved the first two task group statements with edits which have subsequently been finalized. The statements for Task Group 1 and Task Group 2 are available online.

Federal Aviation Administration (FAA) Administrator Michael Huerta announced the creation of the DAC in May 2016. The committee provides an open venue for the FAA and stakeholders to work in partnership to identify and recommend a single, consensus-based set of resolutions for issues related to the safety and efficiency of integrating unmanned aircraft into the National Airspace System. It also provides the FAA with recommendations that may be used for tactical and strategic planning.

The next DAC meeting will be held on May 3 in Washington, DC. Information about the DAC, including meetings, is available on RTCA’s website.