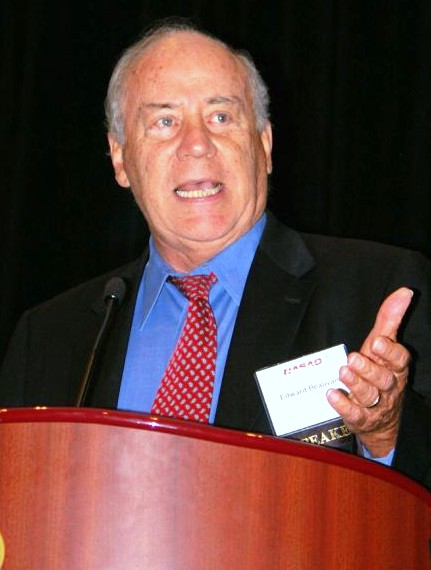 A loud message came through during the two days of comments made at the Phoenix International Aviation Symposium that ended on April 8. Grinding through the total chaos of 9/11/01, the economic meltdown of 2008/2009, numerous bankruptcy entries and exits, consolidating resources through mergers and acquisitions, operating improvements and massive public scrutiny by the press, the U. S. airline industry has reached a new level of stability and an outlook that its destiny is more manageable than in the last 33 years.  The industry has achieved a universal recognition that the airline is a vital strategic partner for economic development. Obviously, surprises are always the most difficult issues to solve, but the confidence level of management is higher now than at any time since deregulation was passed in 1978.                 (Beauvais – Pictured at right.)

competitive environment has significantly stabilized.    Airlines have been able to concentrate on improving service quality, particularly in 2010 and into 2011.  It is the first time since the early 1990’s that the industry feels confident that the variation of the price of fuel will not sink the industry.  Major fuel price fluctuations can be passed onto the consumer since the airlines generally find each other in the same position.   Also, the newfound ability to pass much of the economic cost of passenger service onto the consumer has been a major financial windfall that goes right to the bottom line.

There are many challenges that remain.  These include labor issues resulting from consolidation, addressing the costs associated with the transition to the new air traffic control system that is underway.  Also, international service expansion into areas that have significant differences in operating environment and the laws impacting foreign ownership.  They must make decisions related to acquisitions and/or marketing alliance expansion.  Finally, maintaining the strong element of a safe operation that has been achieved since 2001.

For the first time since 1978, most airlines believe that they will be profitable in 2011 and beyond.  While the level of profitability may be moderate, it is still impressive and adds to the environment of stability.

These conditions are now quite favorable but they can lead to forming bad habits.  There continues to be a need for growth.  The importance of the airline for economic development is as strong in non hub communities as it is to the major hub communities. The barriers to entry should not be prohibitive or protective.  If the incumbent airlines drop the ball, then new entrants become the answer.  New and better ideas should be welcome.  Effective management must be able to achieve sound employee morale.