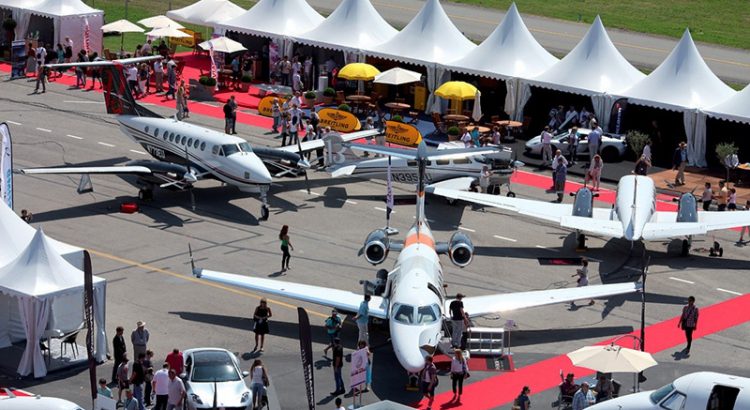 France Air Expo, the only dedicated General Aviation, GA, exhibition in France, will double its footprint when it returns to France’s second largest GA Airport, Lyon-Bron, June 9 to 11, 2022.  After the great success of the 2021 event, organizers have already received more requests and inquiries from exhibitors wanting to participate in the annual French exhibition, than they have for any of the previous France Air Expos in the last ten years.

France Air Expo, which is one of the leading general aviation events in Europe, was the only exhibition of its type to take place in Europe this year despite the pandemic. Organized in partnership with key national institutions of general aviation, including the French Aeronautical Federation (FFA), the French Microlight Aircraft Pilots Federation, (FFPLUM) and the French Aircraft Owner and Pilots Association (AOPA), amongst others, France Air Expo brings together the leading players in the sector, while offering visitors the opportunity to discover more about the latest industrial innovations.

With the increased spotlight on sustainability in aviation, and manufacturers focusing on greener aviation the exhibition will once again incorporate an expanded dedicated area to showcase electric, hydrogen, hybrid propulsion and VTOL concepts and models. Technological advances that will promote the ecological transition of the general aviation sector towards a more carbon-neutral future will also be showcased.

The diversity of the exhibition is expected to attract owners, pilots, flying clubs, enthusiasts, and professionals from the world of general aviation. After the USA, France is home to one of the world’s most active general aviation sectors with more than 50,000 pilots and 35,000 aircraft.

The event organizer, Adone Events, is pleased to return to Lyon-Bron, as it is a preferred destination for a wealth of exhibitors and aviation enthusiasts. The proximity to a number of large cities, some of which are just a 90-minute flight away by single-engine aircraft, and countries such as Switzerland, Belgium and Luxembourg enable international, as well as national visitors, to easily attend the show.

Lyon is France’s second-largest city and one of France’s major conurbations when including Greater Lyon. It is home to two airports and a high-speed train service which links the airport to the city centre in less than ten minutes. In addition, a scheduled shuttle service operates between the station and the airport. Lyon’s hotel capacity is substantial, and the city’s reputation for gastronomy attracts many pilots and enthusiasts.