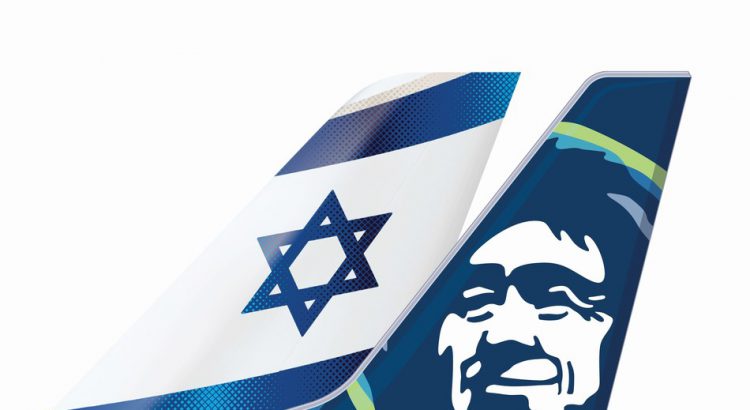 EL AL Israel Airlines and Alaska Airlines today expanded their commercial relationship to include a reciprocal frequent flyer agreement. The agreement was signed by the CEOs of each airline at a ceremony soon after the arrival of the first EL AL flight from Tel Aviv to San Francisco and was attended by San Francisco Bay Area dignitaries and civic leaders. This agreement is in addition to the codeshare agreement that recently came into effect between the airlines allowing EL AL to place its “LY” code on various Alaska Airlines “AS” flights in the U.S.

With the EL AL and Alaska Airlines partnership, customers will be able to continue their journey to and from North America and Israel with connections on both airlines, in either direction. Both airlines will offer the opportunity for their members to earn miles while flying with the partner airline. Base miles flown on EL AL will also count toward elite status in Alaska’s Mileage Plan program. Additionally, EL AL travelers will be able to redeem their EL AL Matmid miles to book on Alaska flights in the future.

“This is truly a historic day for EL AL,” said EL AL CEO Gonen Usishkin. “Aside from the fact that EL AL is linking the two high-tech centers with the new three times weekly flights, we are providing the full options for our customers with the codeshare and frequent flyer agreements with Alaska Airlines,” he emphasized. “Alaska Airlines was instrumental in helping bring Jews to Israel in the early years of the state, helping to build our country and now as we celebrate 70 years of those historic flights, continue to be a key player along with EL AL in building the bridges between America and Israel.”

“Alaska Airlines and EL AL will now offer more opportunities than ever before for travelers to fly nonstop between the West Coast and Tel Aviv. Through our partnership, both EL AL and Alaska Airlines offer frequent flyer benefits to our guests while sharing the genuine, caring service that is at the heart of both of our airlines,” said Brad Tilden, CEO of Alaska Airlines. Alaska Airlines offers an option to go global differently with hand-picked partners, and Mileage Plan miles can be used at home with Alaska or with Alaska Global Partners. With the EL AL partnership, Alaska Airlines’ international connectivity out of SFO is stronger than ever; by June 2019, Alaska’s Global Partners will offer more than 80 flights per week out of San Francisco.

The EL AL flights will operate three times weekly flying a state-of-the-art 787 Dreamliner, offering Business, Premium and Economy service. The flights from Tel Aviv will depart on Monday, Wednesday and Friday at 0105 and arrive in San Francisco on the same day at 0600 for a flight time just under 15 hours. The flights from San Francisco to Tel Aviv will operate on Monday and Wednesday departing at 2000 for arrival the next day at 1940 and on Saturday night with a 2245 departure arriving in Tel Aviv at 2225 the next day for a flying time of just over 13 and a half hours.