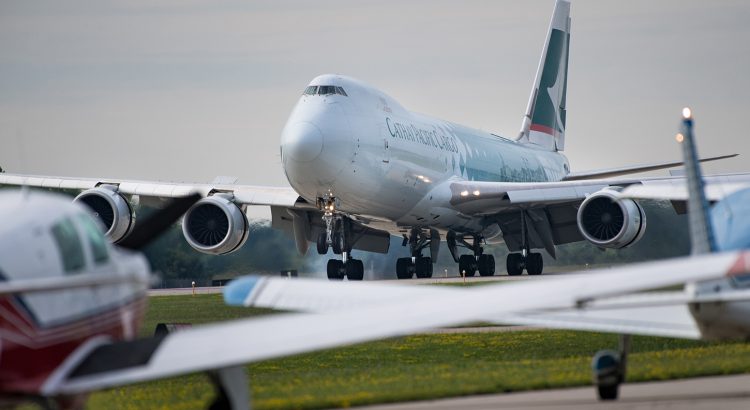 The 50th anniversary of the Boeing 747, the iconic wide-body jetliner that has carried everything from heads of state to the space shuttle, will be celebrated at EAA AirVenture Oshkosh 2019. The 67th annual Experimental Aircraft Association fly-in convention is July 22-28 at Wittman Regional Airport in Oshkosh, Wisconsin.

It is expected that several Boeing 747s will make an appearance at AirVenture during the week, with fly-bys and displays on AirVenture’s showcase Boeing Plaza. It will extend a legacy of the airplane’s appearances at Oshkosh that include jumbo jets from as far away as Australia, New Zealand, and Iceland in past years.

“There is probably no modern commercial airliner that is as well-known as the Boeing 747, with its distinctive hump at the front of the fuselage,” said Rick Larsen, EAA’s vice president of communities and member programs, who coordinates AirVenture features and attractions. “For a half-century, the 747 has allowed people to reach destinations around the world in ways that were unimagined when commercial air travel began more than 80 years ago. We look forward to saluting that legacy in flight at the World’s Greatest Aviation Celebration at Oshkosh this summer.”

The genesis of the Boeing 747 came in the mid-1960s, when Pan American Airlines founder Juan Trippe asked Boeing to design an aircraft that could meet the rising demand of air travel, which was outstripping the capacity of the Boeing 707s then commonly used for long-distance routes. The Boeing 747 made its maiden flight on February 9, 1969, and entered airline service less than a year later.

The airframe has been continually upgraded over the past 50 years to the current 747-8 model, which has been selected as the aircraft the U.S. government will use for the new Air Force One. The 747 is still widely used by airlines and carriers around the world and, according to Boeing, has carried roughly the equivalent of the world’s population as well as such unusual cargo as the space shuttle.

Specific aircraft and programs in conjunction with this anniversary will be announced as they are finalized.