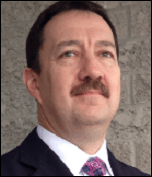 Drone Delivery Canada has announced the appointment of Mark Wuennenberg to the newly created position of Vice President – Regulatory Affairs as the Company grows its management team in anticipation of obtaining Canadian regulatory approval for drone delivery.

Prior to joining DDC as VP of Regulatory Affairs, Mark worked at Transport Canada as a Civil Aviation Inspector responsible for general flight standards and the regulation of commercial drones in Canada since 2012.

“It is a very exciting time in the Canadian drone sector as regulatory standards are now in the process being finalized, allowing drone delivery technology to emerge and commercialize across the Country. At this time, I am both pleased and excited to bring my regulatory skills and international aviation expertise to Drone Delivery Canada,” commented Mark Wuennenberg, Vice President.

“As we move ahead to become the first licensed drone delivery operator in Canada, Mark’s industry knowledge will assist DDC, not only in Canada but also in many international markets which we are looking to operate in. We are very pleased to have Mark join the team,” commented Tony Di Benedetto, CEO of Drone Delivery Canada.

Mark Wuennenberg is an expert in Unmanned Aircraft Systems (UAS) with vast domestic and international experience and knowledge in the regulatory, operational, airspace access and training aspects of UAS. Most recently, Mark was a Civil Aviation Inspector with Transport Canada as a subject matter expert responsible for the development of the proposed UAS regulatory framework and the creation and implementation of numerous key UAS initiatives designed to further the UAS industry. As a 33 year veteran of the Royal Canadian Air Force he accumulated over 4300 hours in numerous aircraft and held staff/instructor positions in National Defence Headquarters NORAD, United States Space Command, the Canadian Forces Instrument Check Pilot School, and the US Air Force’s Flight Standards Agency. While not flying he was very active in regulatory development (both manned and unmanned aviation), operational airworthiness and classroom instruction. He has also served on numerous international UAS committees/working groups within ICAO, NATO, and the United States Department of Defence.

The company also announces that it has granted an aggregate of 2.15 million options to purchase common shares of the company exercisable at a price of 50 cents per share for a period of five years, to certain officers, directors and consultants of the company. The options are subject to a vesting period released one-third every six months from the date of grant pursuant to the company’s stock option plan.