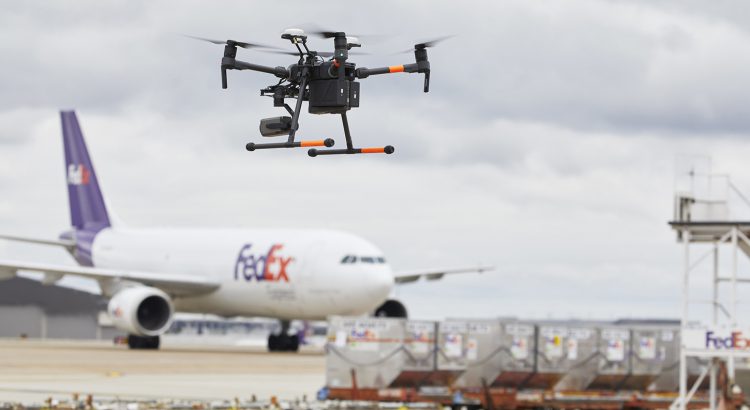 Since September 2018, FedEx has been testing the live use of drones for aircraft inspection within an airport setting at the Memphis International Airport, a first for airport drone operations in the U.S. The Federal Aviation Administration (FAA) currently prohibits drone use within five miles of any airport, but learnings from this pilot program, in partnership with drone companies such as DJI and Asylon, will be used to inform future FAA policies around drone use at airports.

Given these small UAS were not developed and manufactured according to strict FAA airworthiness standards, FedEx has conducted a significant amount of flight crew training, operational and maintenance data collection, and environmental conditions (i.e., temperature, wind, precipitation, etc.) for safe conduction of drone operations within an airport. This data collection allowed FedEx to identify operational and performance limitations of the various small UAS, which have been accounted for in its operational procedures. As a result, FedEx successfully demonstrated the safe and effective use of drones on airport flight operations, enabling them to expand operations to other FedEx facilities such as Indianapolis, Alliance Ft. Worth, Oakland, Anchorage, and Greensboro in the near future.