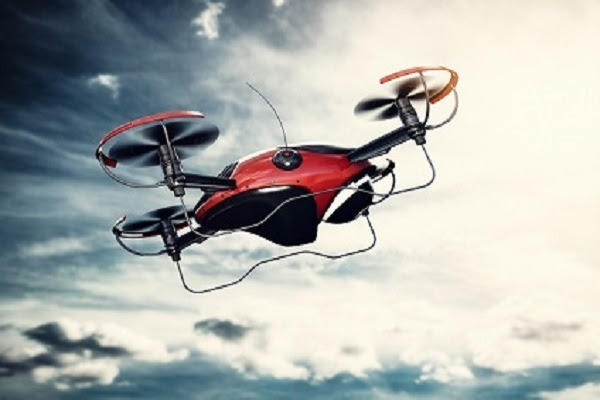 The Federal Aviation Administration (FAA), NASA and their partners in a pilot program that is laying the groundwork for an Unmanned Aircraft Systems (UAS) traffic management system successfully demonstrated how such a system can work in the future.

The demonstrations, conducted at three separate test sites selected by the FAA for the UAS Traffic Management Pilot Program (UPP), showed that multiple, Beyond Visual Line of Sight (BVLOS) drone operations can be safely conducted at low altitudes (below 400 feet) in airspace where FAA air traffic services are not provided.

As demand for low altitude drone use increases, the FAA, NASA and the UPP partners are working together to accommodate these operations safely and efficiently.

During the demonstration, separate drone flights delivered packages, studied wildlife, surveyed a corn field and covered a court case for TV. Because the flights were near an airport, all four flight plans were submitted through a service supplier and received approval to launch as planned.

While these flights were being conducted, an emergency helicopter needed to quickly transport a car crash victim to a hospital. The helicopter pilot submitted a request for a UAS Volume Reservation (UVR)an alert used to notify nearby drone operators of the emergency.

The deliveries were re-routed until the UVR was completed.  The wildlife study, field survey and court coverage continued safely away from the helicopter’s path.

Each operation was conducted without conflict.

During the demonstration, which occurred near an airport, a photographer and Part 107 drone operator took photos of firefighter training. An aviation student at the University of North Dakota used a drone to scan for the best tailgating location. Another Part 107 operator, employed at the electric company, used a drone to assess power line damage after recent strong winds.

The two Part 107 operators submitted flight plans due to their proximity to an airport, receiving proper approvals. During their flights, they received a UVR alert that a medevac helicopter was transporting a patient to the hospital from the firefighter training area. The operator taking photos of the training landed the drone before the UVR notice became active. The power line survey and the flight over the tailgate area continued at a safe distance.

The third, which involved the Nevada Institute for Autonomous Systems (NIAS), took place in Las Vegas on August 1.

During the demonstration, separate UAS flights were conducted to survey a golf course before a tournament, get video footage of a property being sold, and scan a nearby lake for boating opportunities.

All three operators accessed UAS Facility Maps and worked with a UAS Service Supplier (USS) to receive the proper approvals to conduct their flights.

A fire erupted at one of the golf course clubhouses. First responders sent a helicopter to contain the fire. They submitted a request to a USS to create a UVR. The UVR information is also shared with the FAA. The FAA shares the information with public portals, notifying each of the UAS operators that the firefighting helicopter was on its way to their flying area.

Each of the UAS operators, being properly notified, were able to either land or continue their operations at a safe distance.

The UPP was established in April 2017 as an important component for identifying the initial set of industry and FAA capabilities required to support UAS Traffic Management operations. The analysis of results from the demonstrations will provide an understanding of the level of investment required for each stakeholder’s implementation.

The results from the UPP will provide a proof of concept for UAS Traffic Management capabilities currently in research and development, and will provide the basis for initial deployment of UTM capabilities.

Ultimately, the FAA will define the UTM regulatory framework that third-party providers will operate within. Check out our video about the UPP demonstrations.  https://www.youtube.com/watch?v=zpc4aoJKefA&feature=youtu.be