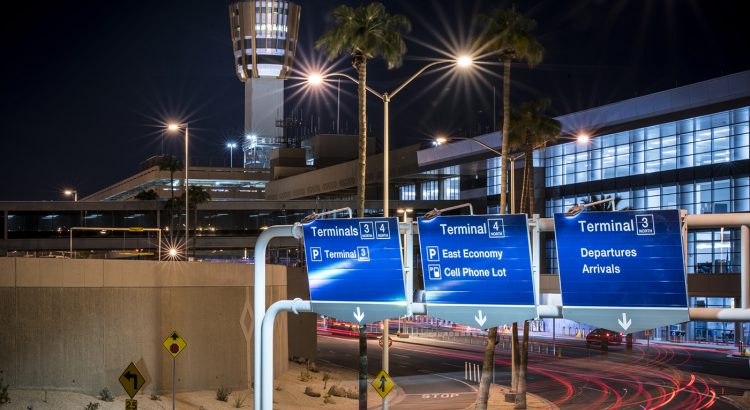 Sky Harbor’s passenger totals now exceed pre-recession numbers by more than 6 percent. In addition, the Airport’s passenger total is more than 11 percent higher than the year before the merger was announced between US Airways and American Airlines.

Arizona’s robust economy and the appeal of the Grand Canyon State as a travel destination are major contributing factors in Sky Harbor’s success. The Phoenix area is particularly busy in the spring with students on Spring Break and popular events such as Spring Training.

“Sky Harbor’s record passenger numbers are a testament to Phoenix’s growing economy,” said Mayor Thelda Williams. “Phoenix is a destination for business and leisure travel. Through key investments, Sky Harbor is continually improving to better the travel experience for passengers.”

Sky Harbor is making several key investments in order to serve its record number of passengers. Earlier this month, the Airport opened a brand new south concourse and remodeled post-security lobby area in Terminal 3. Travelers will find all new shops and restaurants, as well as a new Delta Sky Club, unique displays of public art, and important customer amenities like access to power from nearly every seat in the newly remodeled terminal. The third component of the project – the renovation of the Terminal 3 north concourse – is underway and is anticipated to be complete in 2020. This will bring in additional new shops, restaurants and customer amenities. America’s Friendliest Airport® is also in the process of extending the PHX Sky Train® to the Rental Car Center. Beginning in 2022, the extension will provide a much quicker and more convenient experience for those renting and returning cars. And, Sky Harbor is breaking ground on the eighth and final concourse at Terminal 4, which will be complete in 2022, and provide eight new gates for Southwest Airlines.