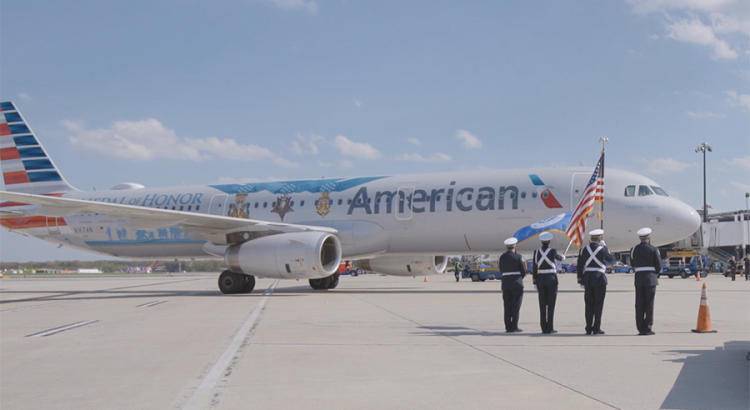 The Yellow Ribbon Honor Flight returns to EAA AirVenture 2022 on Friday, July 29, as a way to honor veterans during the Experimental Aircraft Association’s 69th fly-in convention at Wittman Regional Airport in Oshkosh. EAA is joining with Old Glory Honor Flight and American Airlines to coordinate this event for the first time since 2019.

Veterans from the Vietnam War will be honored as they travel to Washington D.C. to tour war memorials at no cost to them. The veterans will return to Oshkosh at the conclusion of the Friday afternoon air show and thousands of people will welcome them back home and give them the recognition they deserve.

“The Honor Flight is traditionally one of the most emotional and poignant events of AirVenture week,” said Rick Larsen, EAA’s vice president of communities and member programming. “We are proud to produce an event that honors what Vietnam veterans did for this country and be able to provide them an experience of a lifetime.”

“We’re tremendously proud to be a part of this very special mission by providing Flagship Valor to get these heroes to Washington DC,” said Randy Stillinger, Manager of Military and Veterans Initiatives for American Airlines. “With the help of our crew members, who have volunteered to fly this mission, we will recognize the service and sacrifice of these veterans by bringing them to the monuments built in their honor. Their brave actions allow us to fly freely all around the world, so this is the least we could do for them.”

This is the eighth year that the Yellow Ribbon Honor Flight has originated at EAA AirVenture Oshkosh under the auspices of Old Glory Honor Flight of Appleton, Wisconsin. That non-profit organization has organized dozens of Honor Flights since 2009 with a dedicated group of volunteers. Those flights have included special flights to Pearl Harbor and to Vietnam.

“Each Old Glory Honor Flight mission is a special occasion, but the ability to be a part of EAA AirVenture for the first time since 2019 is a major part of this year’s activities, “said Diane MacDonald, the Executive Director of Old Glory Honor Flight. “Honoring our local Vietnam veterans out of EAA AirVenture is such a highlight; being witness to the enthusiasm, respect, and appreciation from the world’s aviation enthusiasts when the flight returns to Oshkosh is such an incredible sight to see and it means the world to the men and women who get to experience it.”