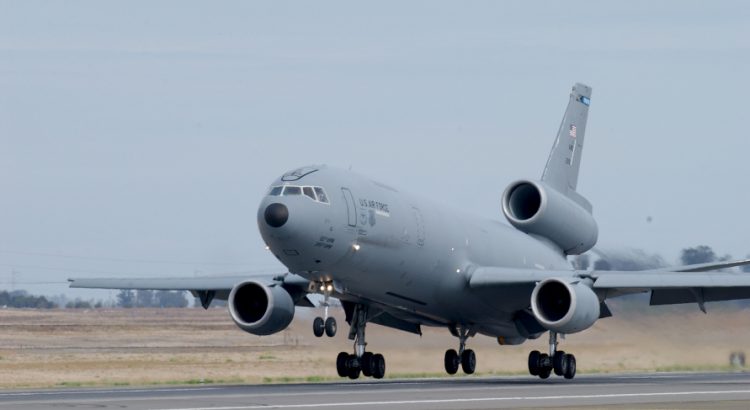 The Air Force Reserve is celebrating its 70th anniversary at EAA AirVenture Oshkosh 2018, bringing its impressive fleet of military refueling aircraft as part of AirVenture’s “Year of the Tanker.” The 66th annual Experimental Aircraft Association fly-in convention is July 23-29 at Wittman Regional Airport in Oshkosh, Wisconsin.

The Air Force Reserve Command, which encompasses nearly 70,000 Citizen Airmen, will bring operational aircraft to Oshkosh in 2018 and participate in a unique display showcasing the past, present,and future of tanker aircraft.

“We are honored that the Air Force Reserve will mark its 70th anniversary at Oshkosh, as it is a perfect place to showcase the Reserve’s aircraft and Citizen Airmen,” said Rick Larsen, EAA’s vice president of communities and member programs, who coordinates AirVenture features and attractions. “Its presence will make the ‘Year of the Tanker’ possible, but it will feature other aircraft and programs during the week.”

Air Force Reserve Command aircraft will participate in the daily air shows at AirVenture 2018, and be displayed on Boeing Plaza throughout the week. Reserve Citizen Airmen will also participate in WomenVenture, creating opportunities for all to meet and connect in an event designed to encourage and inspire the next generation of women in aviation. In addition, there will be special forums and programs highlighting the Reserve’s mission around the world in support of military and humanitarian operations.

“The 70th anniversary of the Air Force Reserve is a superb time to tell the story of our Citizen Airmen who provide a tremendous amount of operational experience to the Air Force mission and for aviation fans, there’s no better place to demonstrate that than at Oshkosh,” said Lt. Gen. Maryanne Miller, Chief of Air Force Reserve, Headquarters U.S. Air Force, Washington, D.C., and Commander of Air Force Reserve Command, Robins Air Force Base, Georgia. “Innovation is in our DNA, and it comes from the diverse experience our Reserve Citizen Airmen bring to the mission from various communities across the nation.”

Announcements of specific aircraft and programming during EAA AirVenture 2018 will be made as they are finalized.