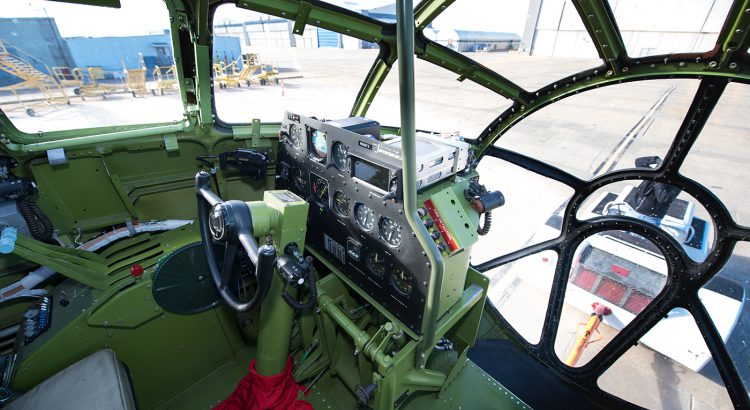 A newly restored B-29 has included EAA AirVenture Oshkosh 2017 on its inaugural tour schedule, creating the potential to have two of these World War II-era bombers in one place for the first time in more than 50 years.

The B-29 Doc, which has just completed its restoration in Wichita, Kansas, will be on tour this spring and summer. Its appearance at EAA AirVenture on July 24-30, fulfills a long commitment to bring the airplane to the World’s Greatest Aviation Celebration when its restoration was complete.

Doc was built in 1945 and for many years was part of a squadron known as the Seven Dwarfs (hence, the name Doc). The airplane was retired in 1956 as the jet bomber age began and sat as a target for U.S. Navy training missions in China Lake, California, until 1998. A restoration group took possession of the airplane from the U.S. government and hauled it back to Wichita in pieces in 2000. After many years of volunteer restoration efforts, the restoration group Doc’s Friends formed in 2013 to supply the financial resources needed to complete the restoration. Doc made its first flight after restoration in July 2016, 60 years after it had been retired.

“This will be a historic year for our airplane and to say we’re excited about our plans to tour in 2017 is an understatement,” said Jim Murphy, manager for the Doc’s Friends Restoration Program.

It also sets the stage for a historic meeting of the world’s only two flying B-29 bombers, as the Commemorative Air Force’s FIFI is scheduled to return to Oshkosh in 2017. If this reunion occurs, it would mark the first time two operational B-29 bombers would be in one place in more than 50 years.

“We’ve been eagerly awaiting the completion of Doc for several years, and its restoration group has always maintained that one of the airplane’s first appearances would be at Oshkosh,” said Rick Larsen, EAA’s vice president of communities and member benefits who coordinates AirVenture features and attractions. “This will be a huge moment for EAA members and aviation enthusiasts to potentially see the world’s only two flying B-29s in one place for the first time.”

The appearance of Doc keeps with the tradition of bringing new and significant warbird aircraft restorations to EAA AirVenture Oshkosh. The annual EAA fly-in convention is the world’s largest annual gathering of warbird aircraft, with more than 350 of them annually flown to Wittman Regional Airport to participate in the event.