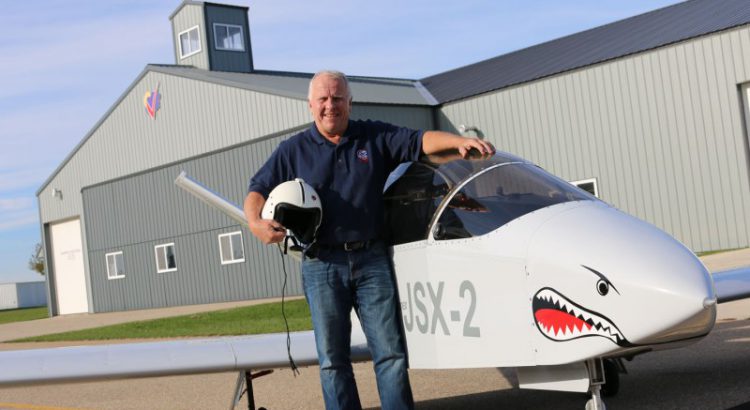 After almost 50 years of involvement in the kit aircraft industry, Sonex Founder and President John Monnett has announced his retirement from Sonex Aircraft, LLC effective June 2, 2018.

“I am retiring from Sonex Aircraft but not forsaking my passion for aviation,” remarks Monnett. “I will continue to contribute where I can into the future but will be leaving day to day operations in the very capable hands of my staff.”

John Monnett continues to own the experimental aircraft and engine company, but opportunities for alternative ownership of Sonex Aircraft, LLC lie in it’s future. Monnett invites offers from qualified individuals and/or companies who are interested in continuing the successful heritage of Sonex Aircraft into the next generation, or in assisting Sonex Aircraft with transition to an employee-ownership succession plan.

“Current and prospective customers can rest-assured, however,” comments Sonex General Manager Mark Schaible, “that Sonex Aircraft is still going strong! In the midst of its most successful period in recent years, Sonex Aircraft has a full order book of kits including several new customer-owned SubSonex Personal Jet Quick Build Kits along with many additional delivery commitments for traditional kits & sub-kits, and many traditional and Quick Build kits already delivered this year-to-date.” In addition, Sonex Aerospace, LLC has been contracted by Navmar Applied Sciences Corporation (NASC) to construct two additional Teros UAVs in 2018. The Teros Group 4 UAS is derived from the Xenos Motorglider, and offers Medium Altitude Long Endurance (MALE) UAS capabilities to government and civilian customers.

John’s roots in experimental aircraft date-back to 1968 when, as a young school teacher, John began building a highly-modified Midget Mustang project and was first introduced to legendary aircraft designer & builder Steve Wittman, laying the groundwork for a long friendship with Wittman and the development of Formula Vee racer Sonerai I, John¹s first design. The Sonerai eventually launched John into business, and he has many designs to his credit including several iterations of the Sonerai design, the Monerai sailplane, Moni motorglider, the world-record-holding Monex racer and the complete line of Sonex Aircraft models. John is an inductee into the EAA Homebuilders Hall of Fame, is a two-time winner of the Dr. August Raspet Memorial Award, has received the EAA Freedom of Flight Award, the Society of Experimental Test Pilots Spirit of Flight Award, the Oshkosh Wisconsin Key to the City award, and many more distinctive honors throughout his career.

Those interested in learning more about John can read his biography, ³John Monnett: from Sonerai to Sonex² written by Sonex builder Jim Cunningham and available for purchase from Sonex Aircraft, LLC.

Sonex Aircraft, LLC is a leader in the experimental kit aircraft industry, providing a series of sport aircraft along with the AeroConversions line of products, which include the AeroVee engine, AeroVee Turbo, AeroInjector and ancillary aviation products. Sonex Aircraft¹s Sonex, Waiex, and Onex sport planes, the Xenos sport motorglider, and the SubSonex Personal Jet, offer outstanding performance in an easy to build, easy to fly kit package that can be purchased and completed with full technical support at an unrivaled price. Highly regarded as an engineering company, Sonex has diversified its offerings to include Sonex Aerospace LLC, producing the Teros UAS for unmanned and optionally piloted civil and defense missions, while developing other UAS airframes in conjunction with Navmar Applied Sciences Corporation.