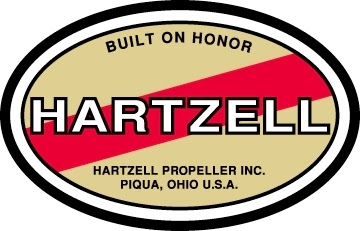 Hartzell Propeller and its customers are poised to celebrate the company’s 100th anniversary of designing, certifying, manufacturing and supporting propellers for tens of thousands of aircraft customers through the decades.

“‘Built on Honor’ has been our mantra for a century,” said Hartzell Propeller President Joe Brown, “and we plan to continue setting the industry’s very best propeller design and manufacturing standards into the future. Our individual customers and aircraft manufacturers have come to anticipate the ultimate performance from us and we will strive to keep exceeding expectations in the decades to come.”

Through the years, Hartzell Propeller has built more than 500,000 propellers for piston and turbine powered aircraft of many shapes, sizes and descriptions. In the beginning, founder Robert Hartzell’s friend, the legendary Orville Wright, suggested that Hartzell use walnut to manufacture more reliable aircraft propellers. Hartzell, an aviation enthusiast and aircraft mechanic, had noticed high failure rates among wood propellers in use at the time.

The development marked the beginning of the Hartzell Walnut Propeller Company in Piqua, Ohio. With the help of a lone employee, Hartzell carved some of his first propellers from logs of walnut with hand axes. During WWI, the Hartzell Walnut Propeller Company provided Liberty aircraft propellers for warplanes. In the early 1920s, the word “liberty” was removed from Hartzell propellers and replaced with “Built on Honor,” the phrase that has been emblazoned on every Hartzell propeller since.

“We will begin the 100th anniversary celebration with our family of customers at AERO Friedrichshafen and Sun ‘n Fun in early April. Then at EAA AirVenture in July at Oshkosh, we will have a large celebration for our customers. We’ll wrap up the year during October at NBAA in Las Vegas to celebrate and toast our 100th year in business,” said President Brown. “Internally, we will be doing some very special things throughout the year in Piqua with our employees, retirees and their families because the people of Hartzell have poured their heart and soul into this family owned business that has never, ever lost sight of where we came from or where we are headed.”

General Aviation Manufacturers Association President and CEO Pete Bunce said, “Hartzell is the heart and soul of General Aviation. When you are talking about being around for a full century, it is no secret that everyone knows the product that Hartzell produces. I love going to Piqua and visiting the facility, getting to see the next project that is going on. I also love being in the plant and getting the sense of people and their commitment to their products and to this great industry.”

During Hartzell Propeller’s 100th anniversary year, it will implement an aggressive airshow schedule with the next appearances at the Sun ‘n Fun International Fly-In and Expo April 4-9 at Lakeland Linder Regional Airport in Florida and April 5-8 at AERO Friedrichshafen in Germany.

Hartzell Propeller’s show schedule for the remainder of 2017 is below.