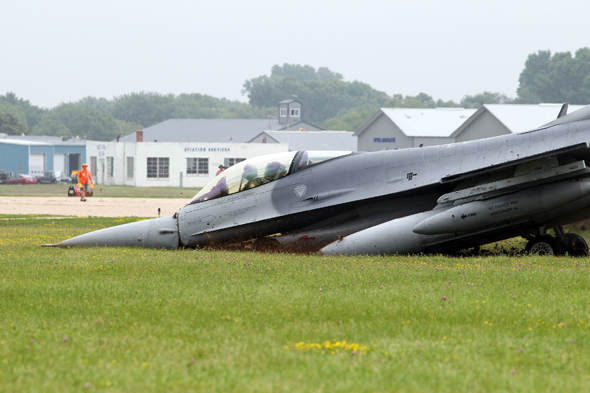 An F-16 from the Alabama Air Guard ran off the end of the runway at Witman Field in Oshkosh Thursday just after 11 A.M. The pilot managed to escape the jet and according to witnesses, jogged away from the aircraft under his own power, but was taken for medical observation as a precaution.

The investigation won’t be handled by the National Transportation Safety Board because this is an Air Force jet. Instead, it’ll be conducted by the Department of Defense.