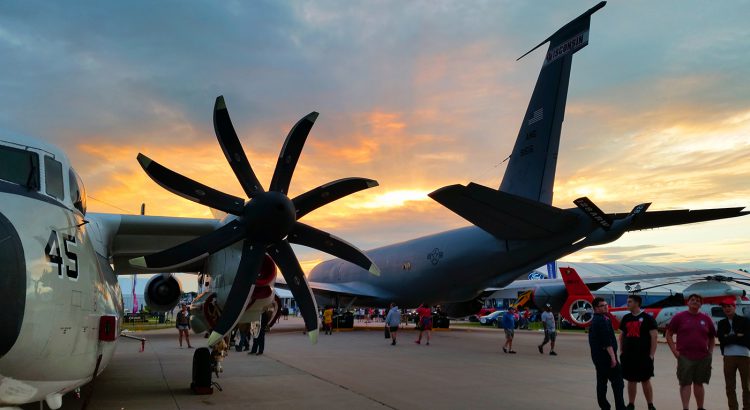 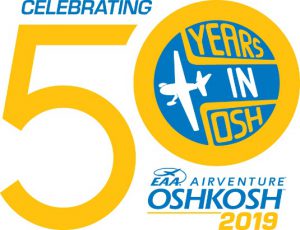 The Experimental Aircraft Association (EAA) is marking the 50th consecutive year of its annual EAA AirVenture Oshkosh fly-in convention in Oshkosh in 2019 with a full schedule of activities for arriving aviators and residents of EAA’s hometown. The 67th annual event is July 22-28 at Wittman Regional Airport in Oshkosh.

The EAA fly-in convention was first held in Milwaukee, Wisconsin, in 1953. In 1959, the event moved to Rockford, Illinois, where it was held annually through 1969 before coming to Oshkosh. EAA moved its permanent headquarters from the Milwaukee area to Oshkosh in 1983.

“A half-century ago, EAA founder Paul Poberezny saw Oshkosh as the perfect place to bring together aviation enthusiasts,” said Rick Larsen, EAA’s vice president of communities and member programs, who coordinates AirVenture features and attractions. “Oshkosh has become synonymous with ‘The World’s Greatest Aviation Celebration’ so it’s a natural that we commemorate 50 consecutive years here with events that involve those who attend and those who have made the city such a welcoming place for aviators.”

EAA is seeking any of the showplanes present at the 1970 EAA fly-in convention and inviting the current owners to bring them to Oshkosh next summer. They will be featured in exclusive parking areas on the grounds. In addition, EAA is seeking members and volunteers who will be attending their 50th consecutive fly-in in 2019, and unique memorabilia and stories from the 1970 event that will add to the history of what has grown to be the largest annual fly-in in the world. In 2018, EAA AirVenture Oshkosh welcomed more than 600,000 people from 87 nations, along with more than 10,000 aircraft.

As a thank you to Oshkosh residents for welcoming the aviation world to their city for the past half-century, there will be special offers for community members and additional ways to engage in this historic milestone. Those details and others are still in development, and will be announced as they are finalized.

“Over 50 years, nearly every significant aircraft type in the world has landed on the runways at Wittman Regional Airport to be part of the EAA fly-in,” Larsen said. “More important are the stories of the people who have come to be a part of this event and the legacy of what is now known simply as ‘Oshkosh.’ That is what we will be celebrating in 2019.”