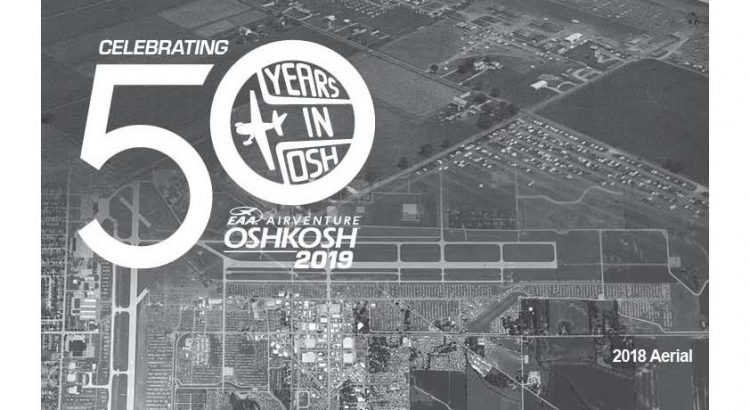 There are several important Federal Aviation Administration-approved changes in the EAA AirVenture Oshkosh 2019 Notice to Airmen (NOTAM), featuring arrival and departure procedures for the Experimental Aircraft Association’s 67th annual fly-in convention July 22-28 at Wittman Regional Airport in Oshkosh. These changes are based on pilot feedback and FAA review of arrival procedure recommendations.

The NOTAM, which is in effect from 6 a.m. CDT on Friday, July 19, until noon CDT on July 29, outlines procedures for the many types of aircraft that fly to Oshkosh for the event, as well as aircraft that land at nearby airports. The NOTAM was designed by the FAA to assist pilots in their EAA AirVenture flight planning. This year’s NOTAM cover features two photos: One from the 1970 EAA fly-in at Oshkosh and a similar view at the 2018 event, showing the event’s huge growth over the past half-century.

·         Removal of restriction on transponder use

·         Multiple changes in the ultralight/homebuilt rotorcraft arrival and departure procedures

Other changes are part of the updated Oshkosh arrival “best practices,“ such as procedures to limit the impact of VFR mass arrivals; development of a text message system to keep pilots informed of KOSH current status for arrivals; and ATC utilization of a ground stop/delay system out to 150 miles.

Pilots can download a digital version of the NOTAM at www.EAA.org/NOTAM, or order a free printed copy via that website or by calling EAA Membership Services at 800-564-6322.

“EAA and pilots offered numerous recommendations for the AirVenture arrival procedures, some of which were approved by FAA for 2019. It’s especially important all pilots flying to Oshkosh read and understand this year’s NOTAM,” said Sean Elliott, EAA’s vice president of advocacy and safety. “In addition, the FAA is establishing a safety risk management panel to review the other recommendations, in which EAA will participate. EAA wishes to see an expedient process to update the Oshkosh NOTAM, but understands FAA’s mandate to prevent unintended negative consequences that may come as part of any change.”

In addition to the NOTAM, South 40 area expansion has added 17 acres of aircraft parking and camping at Oshkosh, allowing more aircraft to be accommodated at Wittman Regional Airport.