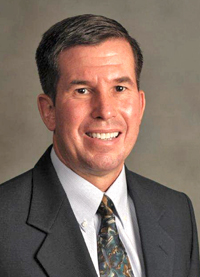 After 35 years of federal and state service, including the last six years as Director of Aviation at the Washington State Department of Transportation, Tristan Atkins is retiring. Atkins’ professional accomplishments as aviation director are numerous. Under his leadership, WSDOT successfully completed landmark studies including the Airport Investment and Airport Investment “Solutions” studies, which helped identify aviation funding gaps and target investments in the state. Atkins’ last day with the Aviation Division will be June 30.

He helped create the Washington State Aviation Alliance, which serves as a collective voice for airports and aviation-related interests statewide. Through his work with stakeholders, he has championed efforts to increase state Airport Aid Grant Program funding for crucial airport projects.

Most recently, Atkins and his staff were awarded the 2017 President’s Award from the Washington Airport Management Association (WAMA). This was the first time a state agency has ever received this recognition from WAMA.

“I’m extremely appreciative for the friendships and support that the WSDOT aviation team and I have received from our amazing stakeholders,” Atkins said. “I’m grateful to our partners including airport, pilot, and other aviation organizations—locally, statewide, and nationally.”

A veteran of aviation, Atkins was named WSDOT director of aviation in June 2011. Prior to joining WSDOT, Atkins worked for the Washington State Patrol for 25 years, and was commander of the aviation section for 10 years. Atkins holds the military rank of colonel, having served as an Army aviator for 24 years.