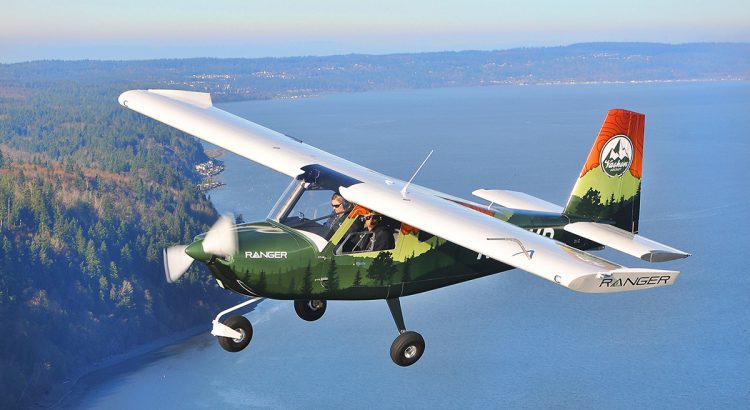 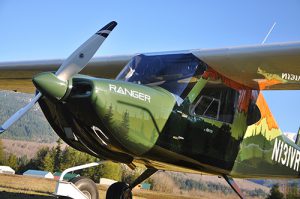 The Ranger is a two-seat aircraft, which the company says is perfect for “$39 burgers” ($100 burgers are way too expensive), meeting up with other pilots at fly-ins, and Saturday morning breakfasts. Starting at only $99,500, every Ranger features a Continental O-200-D engine, a complete Dynon SkyView avionics suite including autopilot, and more. The company touts the Ranger R7 as an affordable combination of great airplane flight characteristics, unsurpassed visibility, roominess, and fun for both local sightseeing flights and cross-countries to Oshkosh.

“I started Dynon to bring affordable, advanced technology to the aviation community,” said Torode. “Yet there still remains a need to innovate beyond the panel to bring affordable flight to more people. With Vashon Aircraft, I hope to empower the next generation of pilots with the tools they need to take to the skies.”

The Vashon Ranger R7 is the first aircraft designed to fill the gap between aging, under-equipped certificated aircraft and newer but expensive Light Sport Aircraft. The Ranger is an American two-place airplane that features rugged full metal construction, a spacious cabin, and starts at $99,500, always fully equipped.

The base Ranger model – the Yellowstone – is priced at $99,500 and includes standard features that are unheard of for an airplane under $100,000. Equipment includes a complete Dynon SkyView equipped panel, including Autopilot, with features such as primary flight instruments, engine monitoring, 2020-compliant ADS-B Out, Mode S transponder, navigation and mapping, ADS-B traffic and weather, COM radio, two-place stereo intercom, angle of attack, Wi-Fi, and so much more. The Ranger’s electrical system is managed by the Advanced Control Module, featuring EFIS-controlled electronic circuit breakers, from Dynon’s Advanced Flight Systems division. Other standard equipment includes electric flaps and trim, full-size 600-6 tires, and LED position and taxi/landing lights.

The Ranger R7 is designed, engineered, tested, and manufactured at the Vashon Aircraft factory headquarters near Seattle, Washington, and is assembled at its Paine Field assembly and delivery center (just down the taxiway from the Boeing wide body plant.) The avionics are made by Dynon Avionics in Woodinville, Washington, and the engine by Continental in Mobile, Alabama.

The Ranger R7 is one of the first examples of a small aircraft that utilizes pre-painted metal to save on manufacturing cost, time, and weight. Utilizing this advanced technique, Vashon eliminates the need to paint the aircraft after assembly.

Vashon also manufactures the vast majority of its own parts, reducing its supply chain drastically, further reducing the cost of the airplane as well as build time. Rugged, yet refined, the Ranger features full metal construction, with no fragile fabric or hard to repair composite structure. The rugged landing gear and airframe are designed to handle your good landings, your bad ones, student pilots, unpaved runways, and practically any adventure you choose.

Adjustable rudder pedals accommodate pilots of all sizes. The Ranger’s 46” wide cabin is designed for 2 real people, and is even more spacious than most 4-place certified aircraft. Designed for adventure, both seats fold forward 90 degrees for your weekend camping adventure. The Ranger’s strut-less, cantilevered high wing design and expansive windscreen offer stunning views.

The Ranger incorporates multiple active and passive safety features, including a low stall speed, benign slow flight characteristics, and well-harmonized controls. Every aircraft is equipped with a two-axis autopilot with level button that features built-in airframe protections. Other safety features include angle of attack with progressive audible cues, and dual 5-point safety restraints.

The Ranger R7 is already an approved S-LSA, and multiple conforming aircraft are already flying. The official launch and public unveiling will be at AirVenture Oshkosh 2018.

Learn more about Vashon Aircraft and the Ranger R7 at www.vashonaircraft.com.