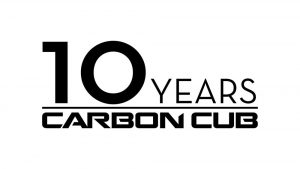 CubCrafters will celebrate the 10-year anniversary of the Carbon Cub, the company’s most popular airframe series, during 2019. Milestones from the Carbon Cub history will be commemorated throughout the year and will culminate in an open-invitation fly-in & reception in October, dubbed Cubfest 2019, at the company’s factory headquarters in Yakima, Washington.

The original Carbon Cub SS, first sold in 2009 as a Light Sport Aircraft (LSA), was known for its jaw-dropping performance resulting from an all-new lightweight design incorporating a 180 horsepower engine under the cowl. The model has proven so desirable that the SS became the best-selling LSA in America, and is now the benchmark by which other STOL aircraft are judged.

From the time of its launch, the Carbon Cub was a lightning rod for controversy. “The industry, the media, and even the FAA told us all that an LSA could produce no more than 100 horsepower and fly at a maximum speed of 120 miles per hour”, says Jim Richmond, CubCrafters Founder & CEO. “I didn’t see those limitations when I read the rule, and I knew that we could use a much more powerful engine and qualify for LSA”. Carbon Cub LSAs were thus equipped with the newly developed CC340 powerplant, producing 180 horsepower.

That sort of independent thinking has inspired CubCrafters’ continued advancement of the Carbon Cub product line, now in its 3rd generation. But the prevalent theme has remained “less weight, more power” since inception. “The rapid development cycle at CubCrafters is ambitious compared to many GA manufacturers”, comments Pat Horgan, President & COO of CubCrafters. “The Carbon Cub now has more thrust, carries heavier loads, and gets there more quickly. The newest Experimental Carbon Cubs, equipped with constant speed props and more powerful engines, produce higher thrust-to-weight ratios than any airplane in their class. The aircraft is now offered in six different versions that allow more pilots than ever to build or fly the dream Carbon Cub that perfectly fits their adventure”.

Celebrating a full decade of Carbon Cub adventures, Cubfest 2019 will be hosted by CubCrafters from October 11th through 13th, 2019 at McAllister Field Airport (KYKM) in Yakima, Washington. All are welcome and full program details will be announced prior to the event. Pilots, tailwheel enthusiasts, and anyone who loves aviation is encouraged to mark their calendar.