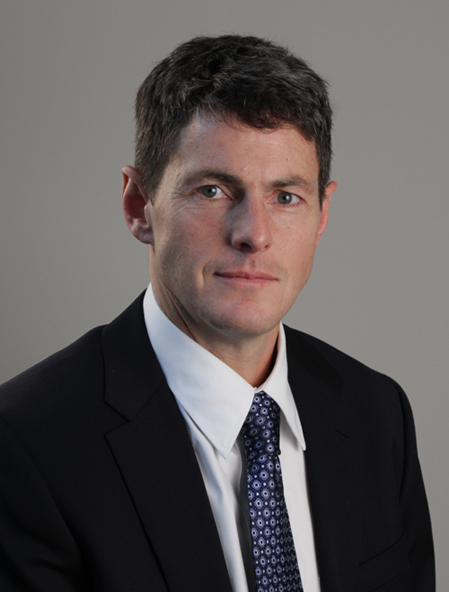 Helicopter Association International (HAI) President Matt Zuccaro today announced a significant change in the organization’s staffing, designed to keep up with members’ changing needs. Paul Schaaf (shown at right), currently the Chief Pilot for the Fairfax County Police Department, will join HAI in mid-March to assume the duties and responsibilities of Vice President of Operations, a job which was previously being handled by Zuccaro.

J. Heffernan, formerly vice president of aviation and product safety for Sikorsky Helicopters, returns to HAI as the director of safety, and current Director of Safety Stan Rose moves into the newly created position of director of safety outreach programs.
“Providing our members with the highest level of safety programs, operational and regulatory support so as to enhance their day-to-day activities is at the heart of our mission,” said HAI President Matt Zuccaro. “These changes strengthen an already strong department and will make it possible for us to further enhance our member services in these areas.”
As vice president of operations, Schaaf will oversee the activities of the flight operations, safety, and regulatory staff members, who track maintenance, operational, and safety developments throughout the industry, as well as regulatory issues around the world that affect helicopter operations.  In addition, Operations Department personnel act as staff liaisons to seven of HAI’s 14 member-run committees.
Schaaf is a 7,000+ hour pilot, with airline transport pilot certificates for both rotary- and fixed-wing aircraft. He began his career as a U.S. Army aviator, flying 11 years as a utility helicopter pilot for the District of Columbia Air National Guard. He joined the Fairfax County Police Department in 1988 as the Helicopter Division’s Safety Officer, and since 1997 has served as the division’s chief pilot, overseeing helicopter law enforcement and medical transport activities. In addition, from 1999 until 2007, Schaaf owned and managed a Part 91 aircraft management and consulting company that operated several helicopters and provided advanced flight instruction and consulting services to clients in the United States and abroad. He is a graduate of Transportation Safety Institute’s Rotorcraft Accident Investigation School.
J. Heffernan returns to HAI as director of safety after a 42-year career in civil and military aviation operations and aircraft manufacturing.  He served as the association’s director of safety 2008-2010, and headed the initiative that ultimately led to the development of helicopter standards that were added to the International Standards of Business Aircraft Operations (IS-BAO). Prior to his return to HAI, Heffernan was Sikorsky’s first vice president of Aviation and Product Safety, responsible for the safety of the more than 5,000 Sikorsky helicopters currently in operation.
Heffernan began his aviation career as a U.S. Marine aviator in 1970, and served as helicopter pilot to the president of the United States while attached to Marine Helicopter Squadron HMX-1. He has more than 5,000 flight hours in more than 30 different aircraft models, and holds both rotary- and fixed wing pilot certificates.
Stan Rose has served as HAI’s director of safety since 2010. Under his leadership, HAI has increased the number of safety seminars available to helicopter operators, pilots and technicians, now averaging two per month in locations throughout the world. As a result, this outreach effort has become a full-time job in itself, which Rose will now continue to expand as the association’s new director of safety outreach programs.
Rose has had a varied career, touching many different missions throughout the helicopter industry. He began his aviation career as a U.S. Army helicopter pilot in Vietnam. He attended the Army’s Maintenance Officer/Test Pilot Course, and after leaving the military worked in law enforcement, air medical, and offshore oil industries. He has extensive experience as an administrator and operator with maintenance, operations, management, and business development issues.
Attachment: