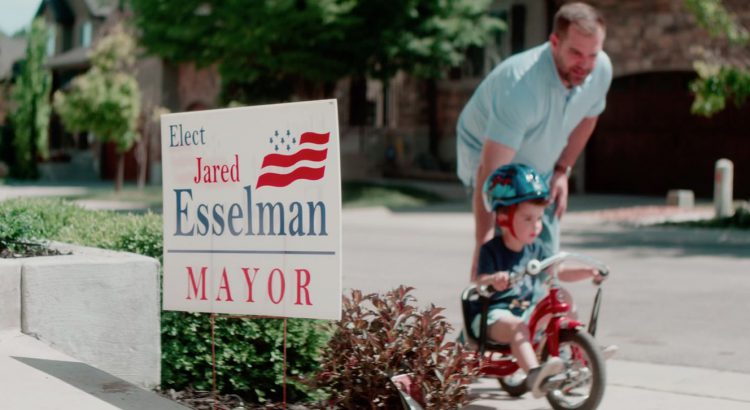 Jared Esselman, the Director of Aeronautics for the Utah Department of Transportation, Aeronautics Division recently earned the American Association of Airport Executive’s (AAAE) Accredited Airport Executive (AAE) designation. He has also announced he is running for Mayor in his hometown of Herriman.

Esselman tells the State Aviation Journal that he has always wanted the AAE certification since his time working for the Aircraft Owners and Pilots Association (AOPA). He wasn’t eligible then but started studying the modules and started serving on the airport authority in Martinsburg, WV at the time. “After coming to Utah, I set a goal to take the CM test within a year,” said Esselman. “I then set my eyes on the AAE.” One of the silver linings of COVID was the opportunity to study more, and Esselman took advantage of that. “I started practicing by role-playing myself as a city councilperson asking questions and then I would have to answer them.”

As the state Aeronautics Director and airport manager for Utah’s one state-owned airport, the AAE certification adds the value of credibility and a common language with all of Utah’s airport managers. “They know I understand them, and they see that I have put in the effort to understand what their jobs are and what they have to deal with every day,” said Esselman. “That helps me get them what they need to make their airports better, which makes our state better.”

With a solid footing in state aviation and the recent accreditation, an obvious question to ask is, why run for a political office. “God gave me a talent in public policy, and I want to use that talent to serve,” said Esselman. “Some people sing, some people hit baseballs – the talent I was given is understanding public policy and government processes – I can use that to serve my community.” Esselman noted that he enjoys his career as a public servant and finds public service very fulfilling. “I’ve served my country; I’ve served at the federal and state level of government, and this election cycle provides the opportunity to serve in a more local capacity.”

Esselman truly believes he can be successful dividing his time between politics, aviation and his family.

“We all only have twenty-four hours in a day, but if you put God first, everything else seems to fall into place,” said Esselman, who recognizes that time management is tricky, especially when our attention is such a high-value commodity these days. “It does take discipline to get into a time routine,” noted Esselman, but argues that once you put in the work and get there, you find yourself looking at the clock and thinking, “oh, it’s only 2 p.m., and we’ve got lots of time left today – we can get more done.”

Aeronautics is a 24/7 function as aircraft fly 24/7. If elected as Herriman Mayor, that will be a 24/7 function since people require services 24/7 and emergencies can happen at any time. And, for Esselman, being a husband and father is a 24/7 function. “It takes personal discipline, organizational leadership, and appropriate delegation to be effective in all three,” said Esselman. “And let’s give credit where credit is due; if I wasn’t surrounded by talented, motivated, and supportive staff, family and neighbors, none of it would work. It’s all about the people around you and the people you serve.”

Esselman displays a lot of energy and drive, but there is something that keeps him going. “Happiness and gratitude.” He wakes up at 4:55am and thinks it’s going to be an amazing day. He knows that people everywhere are facing economic, political, and personal struggles, but when he focuses on the moment and stays in the moment, he realizes what the reality of the moment is; “I’m excited to work in aviation, and I’m excited to work with great people and make friends, and I’m excited to make the world a better place, if only in my small corner of it.” Esselman says It makes all the difference in his day, if he can help one person who is frustrated, and they leave his office smiling. “Then that day is a win.”

For more information on the Esselman campaign visit: http://jaredesselman.com/