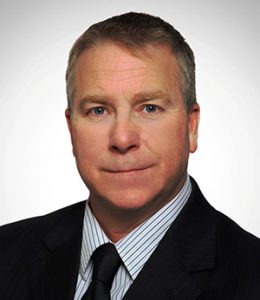 Guardian Flight Inc. has named Randy Lyman Vice President of Base Operations for the leading air medical transport company. As a member of the Executive Management Team, he reports to Fred Buttrell, Guardian Flight President and President and CEO of Air Medical Group Holdings (AMGH), which is Guardian’s parent company.

“Randy Lyman is a true servant leader,” said Guardian Flight President Fred Buttrell. “He has built many successful teams on the belief that the most important aspects of the job are to serve our patients and the people on our team. His passion will spur Guardian Flight to a higher level of professionalism and patient care.”

As VP of Base Operations, Lyman provides leadership, management and vision to ensure that the company has the proper operational controls, administrative and reporting procedures, and people systems in place to effectively grow the organization and to ensure financial strength and operating efficiency.

Lyman joined REACH in 1987 as one of the company’s original paramedics. He has served as a medical crew supervisor, base manager, general manager, and director of service delivery.

He began his medical transport career nearly 40 years ago working in the ground ambulance industry. His positions have included working as an emergency medical technician, paramedic, FTO, field supervisor and as an operations manager. He has 20 years of experience as a flight paramedic and began his management/leadership career nearly 15 years ago. He maintains his California Paramedic License.

Guardian Flight’s parent company, AMGH, is an industry leader in aviation safety with standards that exceed FAA and other regulatory agency minimums for training and aircraft equipment. AMGH is the country’s largest provider of emergent air medical services with more than 100,000 patient transports annually. Across the country, the company has more than 330 air base locations in 38 states with a fleet of more than 400 aircraft. Its team of more than 7,000 professionals is focused on safely transporting and caring for critically ill patients 24/7/365.