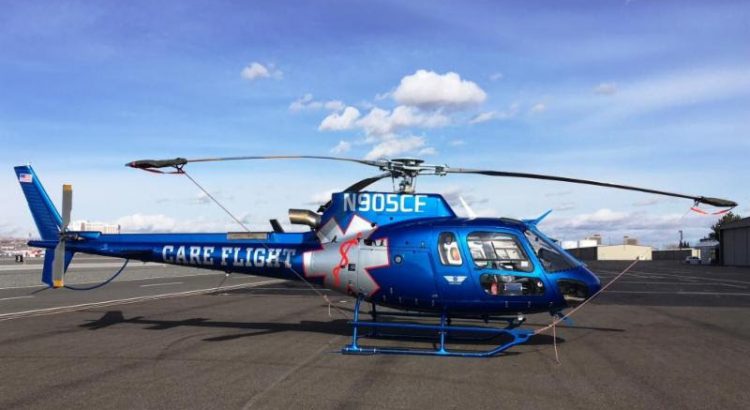 “Care Flight is thrilled to partner with Med-Trans to provide rotor-wing critical care transportation across the region,” said Dean Dow, president and chief executive officer, REMSA – Care Flight. “Med-Trans’ safety record and its commitment to patient-care excellence made it an ideal partner for Care Flight.”

“Med-Trans is very pleased to partner with REMSA’s Care Flight operations in Nevada and California,” said Med-Trans President Rob Hamilton. “It has been a pleasure working out the details and embarking on this new Care Flight partnership, which will benefit the more than 1,500 patients that Care Flight cares for every year.”

Med-Trans now operates four Airbus AStar helicopters for Care Flight with a range of approximately 300 statute miles and a maximum speed of nearly 150 mph. The Care Flight / Med-Trans partnership can respond to most areas of the region in less than an hour.

With relationships in 26 states and operations from more than 90 base locations, more than 1,200 Med-Trans team members make a difference everyday in the lives and communities they serve. For more info go to www.med-trans.net.