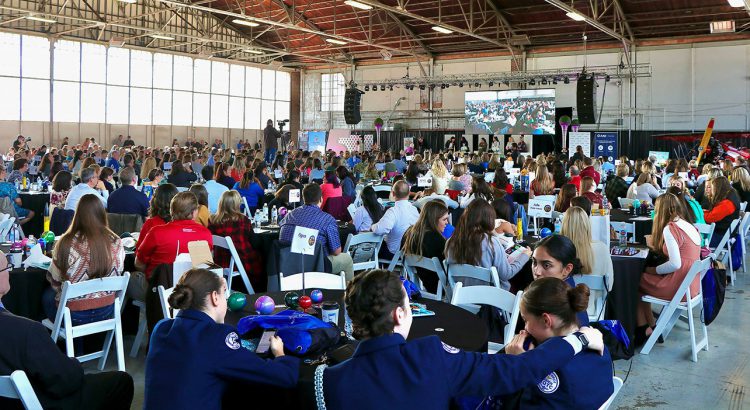 American aviator and space tourist Wally Funk was the first female air safety investigator for the National Transportation Safety Board, the first female civilian flight instructor at Fort Sill, Oklahoma, and the first female Federal Aviation Agency inspector, as well as one of the Mercury 13. Funk became the oldest woman to go to space on July 20, 2021, at age 82, as part of Blue Origin’s New Shepard spacecraft during its suborbital flight.

The history of Oklahoma Women in Aviation and Aerospace Day began in 2017 when the Oklahoma legislature passed Senate Bill 230 to officially recognize the contribution of Oklahoma women in the state’s aviation and aerospace industry annually on Dec. 9. Former Governor Mary Fallin signed the bill into law going into effect Nov. 1 that same year.

“We could not be more thrilled to welcome Wally Funk, 99s from around the U.S., and many other aviation leaders to our great state to celebrate the contributions of women throughout history in the aviation industry,” Event Chair Sandra Shelton said. “Today, women are represented in all sectors of our industry from commercial airports to military installations and our event is dedicated to recognizing these achievements and paving the way for future innovations led by women in the field.”  Check out photos on FB. https://www.facebook.com/OKWIAADay/

The annual Oklahoma Women in Aviation & Aerospace Day provides an opportunity for individuals to learn more about how Oklahomans may advocate on behalf of aviation and aerospace for young girls and women to pursue aviation. As Oklahoma’s second largest and fastest-growing industry, aviation has a significant impact on the lives of our citizens. It is a unique opportunity to gather Oklahoma military, aerospace companies, private and commercial pilots, airport managers, municipal officials, drone pilots, educators, flying clubs, and the many users of the Oklahoma Airport System to discuss Oklahoma’s strong aviation heritage and how the industry continues to solidify our state as a worldwide leader in aviation, aerospace, and defense.

“Oklahoma Airport Operators Association is proud to stand alongside our industry colleagues to recognize the contributions of women in aviation and particularly the women who play a role in leading our state’s airports,” Tulsa International Airport CEO and OAOA President Alexis Higgins said. “We celebrate their success and are committed to making aviation and aerospace careers accessible to young women just beginning to explore their future in our industry.”