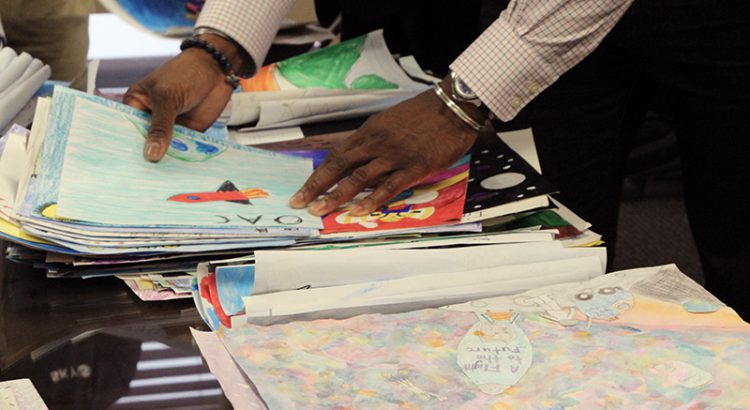 The Oklahoma Aeronautics Commission announced the names of twelve students that placed in the Oklahoma 2019 International Aviation Art Contest.

The state-level Aviation Art Contest, sponsored by the Aeronautics Commission, encourages youth, ages 6 to 17, to reflect on aviation by designing a piece of art based on the year’s chosen theme. This year’s contest theme was “My Dream to Fly.”

In the Junior Division, ages 6 to 9, Brecker Tubbs, from Ator Heights Elementary in Owasso, took home first prize. This year’s second-place winner was Chloe Childs from Community Christian School in Norman, while third place went to Haven Herrod, from Latta Public Schools in Ada.  Ruby Nix received an honorable mention from the judges and is a student at Holy Trinity Lutheran School in Edmond.

First-place winners in each of the three age categories receive $200, while the second-place winners receive $150. A cash prize of $100 is presented to students who place third, and honorable mention will receive $50. In addition to the cash prizes, the winners are also presented with certificates of achievement as well as citations from their respective state senator and state representative during a ceremony at the Oklahoma State Capitol. The top three entries in each age division are forwarded to Washington, D.C., where they compete nationally against other winners from the U.S. for the right to advance to the international competition.