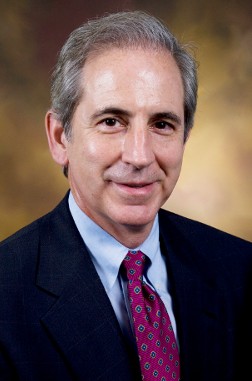 Today, we take it for granted that we can get on an airplane in Oklahoma City and go halfway around the world to Singapore in a little over 24 hours. Hard to believe that it was just 80 years ago in 1933 that it took famed Oklahoma aviator, Wiley Post, 7 days and 19 hours to become the first pilot to fly solo around the world. Likewise, it is rather amazing to consider that in a brief span of 66 years, we went from the first flight at Kitty Hawk of 12 seconds and 120 feet to landing on the moon, 239,000 miles away in a little over 3 days. No wonder that none other than Bill Gates has said, “[t]he Wright Brothers created the greatest cultural force since the invention of writing. The airplane became the first world wide web, bringing people, languages, ideas, and values together.”

The U.S. has the most extensive and safest air transportation system in the world with just under 20,000 airport or landing facilities ranging from large commercial airports serving millions of passengers to small grass strips accommodating only a few aircraft annually. About 5,300 of these airports are open to the public, and 500 of these offer commercial service. The vast majority of these airports, a little over 4,900, are general aviation airports.
U.S. airlines carried over 800 million passengers in 2012. General aviation with almost 230,000 aircraft in its fleet was perhaps the biggest airline, carrying over 166 million passengers and logging almost 30 million flight hours, 70% of which was for business use. U.S. airlines, scheduled and unscheduled, carried more than 62 billion revenue ton-miles in 2012.
A key catalyst for economic growth, civil aviation is an integral part of the U.S. economy. It has a profound influence on our quality of life and touches nearly every aspect of our lives. Civil aviation has enabled small communities and rural areas to become part of the global marketplace by linking such communities with worldwide centers of commerce. Runways have become the new main streets for cities and towns that are emerging from the recession.
Civil aviation supports 10 million jobs, contributes over $1 trillion in economic activity, and accounts for over 5% of U.S. GDP. Aircraft engines, equipment and parts produced in the U.S. run up a trade surplus of over $70 billion, and have been the top net export for most of the last decade.
As noted, a business or leisure traveler can depart from Oklahoma City and get to Singapore in 24 hours. Any place on the globe is reasonably and quickly accessible to a traveler from any of Oklahoma’s three commercial airports, OKC Will Rogers, Tulsa International, and Lawton-Ft. Sill Regional. Equally important is the network of Oklahoma’s 137 general aviation airports spread across our state that provide businesses using general aviation (commonly referred to as business aviation) access to communities across the nation. Business aviation serves 5,300 airports, 10 times the number served by commercial airlines. This allows point-to-point access to almost anywhere in the U.S., and in some instances, the world; and the fastest way from point A to point B is a plane. It is because of this that our most prominent employers—Devon Energy, OG&E, Love’s, Chesapeake Energy, the Chickasaw Nation, Seaboard Foods, ConocoPhillips, University of Oklahoma, Oklahoma State University, the Choctaw Nation, Koch Industries (Georgia-Pacific)—utilize general aviation. These businesses know that time is money and their use of general aviation saves time, increases productivity, competiveness and efficiency. Today, business does indeed come calling in an airplane.
The U.S. aviation system, the envy of the world, did not just happen magically. It took years, indeed decades of research, planning, and the investment at the federal and state levels to implement new technologies and planning to meet the needs of society and commerce in our nation and Oklahoma. Today, the evidence suggests that we may not have the same commitment to the vision and hard work that made our aviation system preeminent among the others in the world.
The federal deficit, sequestration, continuing resolutions (or the failure to timely pass even those), the dwindling Airport & Airway Trust Fund (AATF), the failure to fully implement the NextGen air traffic management system, the erosion of revenues dedicated to aviation in Oklahoma due to a smorgasbord of tax exemptions and the lowest aviation fuel tax in the nation, 8/100ths of 1 penny, are all obstacles to maintaining our aviation system, and making the needed improvements to ensure that it remains the preeminent system meeting our growing demands. These are big problems that require big thinking and big solutions.
The federal deficit is an issue requiring exclusive consideration. The same might be said for sequestration since it is the unwanted child of the deficit. Sequestration’s negative impact upon aviation, however, can be prevented through political leadership that will not allow it to: threaten the air traffic control system that makes our skies the safest; further delay the replacement of the WW II-era air traffic management system with NextGen a modern satellite-based air traffic  system that will ensure the safest skies, expanded capacity, and reduced fuel consumption and carbon footprint; or do any further harm to the FAA Airport Improvement Program (AIP) that is critical to the maintenance and development of airport infrastructure to meet our growing demands.
The concern about the AIP is closely related to the uncommitted balance of the AATF that has steadily decreased since 2001 due to 9/11 and the 2008 recession. AATF expenditures have exceeded revenues for the last 11 years. The amount of general appropriation from Congress to cover the difference has steadily increased over these years. This trend must be reversed now by Congress and the President. Doing this will be difficult but must be done. Airlines have unbundled fees for the last several years. Baggage fees are the norm now but are not subject to the 7.5% ticket tax that goes into the AATF. If baggage fees would have been subject to this tax, an additional $248 million would have gone into the AATF in 2010 according to GAO. Eliminating programs like Essential Air Service (EAS), a vestige of the days of airline regulation, would have saved the FAA $815 million between 2012 and 2016. Stopping the fuel tax diversion in which $50 million annually is going to the Highway Trust Fund that should be going into the AATF. Raising the Passenger Facility Charge (PFC) from the $4.50 that Congress has capped it at for over a decade would provide a valuable additional revenue source for local airports for airport infrastructure projects.
These are hard choices, but Americans relish doing things that are hard. We are still the only nation that has landed a man on the moon and returned him safely to the Earth. Surely, we are up to the challenge of ensuring that our air transportation system remains the preeminent one in the world. Will any less be acceptable?
Attachment: