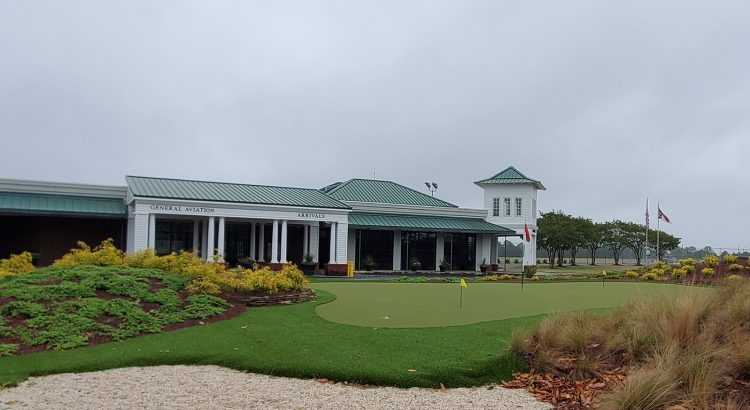 As the new manager for Moore County Airport in North Carolina, Scott Malta, A.A.E., has already faced unforeseen challenges, taking the reins during the spread of the coronavirus. “I worked at my desk for one week and then have worked from home since,” said Malta, who started March 9th.

One of the biggest challenges for Malta had been making decisions for continued airport and FBO operations with people who had only seen him once. “I’ve since been able to go to the airport every couple of days and chat with the various customer service representatives and FBO line service guys.” Malta noted that he had intended to get out and meet a lot of people like the based tenants, local leaders and politicians, FAA and state aviation officials as well as his consultants at Talbert & Bright. Malta admits It has been a tough situation. “I really believe in face-to-face meetings and that has been essentially impossible.”

Running an FBO as part of his airport management responsibilities is a whole new area for Malta. “Not only am I dealing with a larger organization with Line Service and Customer Service staff, but I get the opportunity to influence the quality of service we provide.” Malta is also dealing with pricing and ordering of fuel and supplies. While all of this comes with some unique issues and opportunities, Malta says he is “truly enjoying this new dimension” in his career.

For Malta, an experienced airport executive with more than 40 years of experience, moving forward will have its own set of challenges. Like many other small GA airports, funding will be the biggest challenge, with revenue from fuel sales making up a major portion of the airport’s budget. “With the Covid-19 issue happening right at the beginning of one of our busiest seasons – mainly from out-of-the-area golfers flying in to play at the awesome courses in the Pinehurst, Southern Pines and Whispering Pines area – our revenues are off.”

Malta’s military career in the Air Force was split into an aircrew member (Boom Operator) on KC-135 Tankers and as an Air Traffic Control and Airfield Operations Flight Commander. In the civilian world, Malta was the Operations Manager at a small commercial airport in Virginia and the Airport Manager of the Castle Airport, a large GA airport in California, formerly Castle Air Force Base. He has post graduate degrees in Airport Operations and Airport Management from Embry-Riddle Aeronautical University, and has been active in the aviation industry as a board member of the American Association of Airport Executives (AAAE),  President of the Southwest Chapter AAAE, President of the Association of California Airports, and he’s served and is serving on several related industry boards and  committees.

“All of this has given me a great foundation in the airport industry as well as helped keep me current and very well plugged in,” said Malta. “In essence I’ve been training and working in Airport Management nearly my entire adult life and it is something I really enjoy.”

To help him relax and unwind, Malta does a lot of reading and he flies RC aircraft. “I intend to learn to play a flute like Star Trek Captain Picard in episodes, Inner Light and Lessons.”