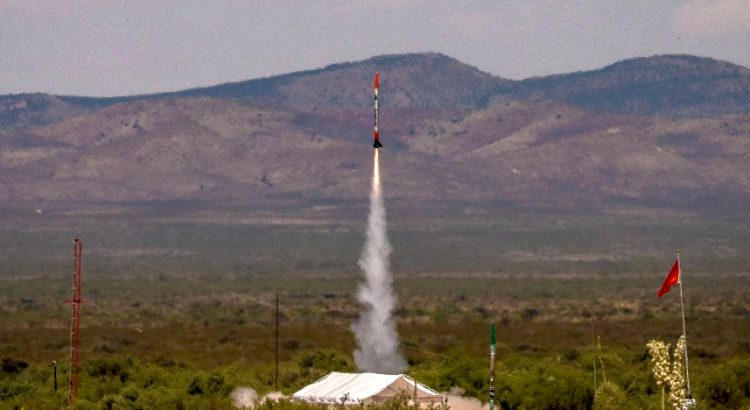 The University of Sydney Rocketry Team has been accepted to compete at the 2022 Spaceport America Cup – an international student rocketry competition which tests would-be rocket scientists.

They will be competing with their custom made 30,000 ft rocket, Blue Wren. It incorporates a bespoke carbon fiber airframe, student developed avionics, flight computer systems and recovery systems; all flown on a commercial-off-the-shelf rocket motor.

The rocket will be showcased and launched in Las Cruces, New Mexico in June 2022, with the team presenting their design and plans to a panel of judges from leading international aerospace organizations.

The USYD Rocketry Team placed second and third at the 2021 Spaceport America Cup competition. Held virtually due to the pandemic, students were tested on their rocket designs and simulations, which were presented via video conference.

In 2019, the team competed in person, travelling to New Mexico to launch their 10,000 ft rocket Silvereye and placing first in their category.

The team will complete a series of launch, simulation and safety tests in the lead up to the competition, with the first physical test taking place in early 2022. It will involve launching Blue Wren in a remote area of Far West NSW to determine how well and far it flies so that further tweaks can be made before the competition.

“We are extraordinarily excited to be heading to New Mexico as a team to launch our new 30,000 ft rocket, Blue Wren,” said Executive Director Alison Lockley.

“We want to build upon the successes we had this year and show what we can develop and produce as a team.”