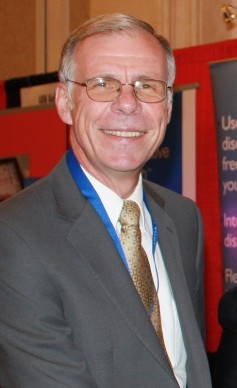 The National Association of State Aviation Officials, (NASAO) has reported that David Ploeger, Aviation Division Director for the New Mexico Department of Transportation, has been asked, along with some 300 other state government employees to submit their resignations by the new governor.

Ploeger, who served as director since September 17, 2009, was appointed by Governor Bill Richardson to replace retiring Director Thomas Baca, who held the position since 2004.  Ploeger served as the NASAO representative for the Southwest Region. Before taking the director position with the state, Ploeger (pictured at right) was the airport manager at Los Alamos Airport. Under his leadership, the airport was named as New Mexico Airport of the year in 2005.

Before coming to New Mexico, Ploeger served as the manager at the Dinwiddie County Airport in Petersburg, Va., from 1997-2005. Ploeger also served in the United States Navy as a commanding officer in Pensacola, Fla., an air officer on the U.S.S. George Washington from 1992-1994, and as the division director of the chief of naval operations staff in Washington D.C. from 1994-1997. Ploeger received a bachelor of arts from Saint Vincent College. He is a current member of the American Association of Airport Executives and Aircraft Owners and Pilots Association; he has served as president of the New Mexico Airport Managers Association and vice president of the Virginia Airport Operators’ Council.