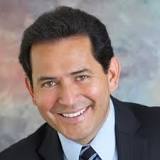 New Mexico Lt. Governor John Sanchez has been appointed Chairman of the Aerospace States Association (ASA) by outgoing Chair, Alabama Governor Kay Ivey to complete her term. The ASA is a nonpartisan, nonprofit organization made up of lieutenant governors and governor-appointed delegates, and was formed to support educational outreach, foster economic development, and promote state-based perspectives in federal aerospace policy.

“I want to especially thank Governor Ivey for the leadership and passion she has demonstrated for in the state of Alabama and for the aerospace industry during her term as Chair of the ASA,” said Lt. Governor Sanchez. “Promoting the aerospace and aviation industries has been a top priority for my office and I look forward to sharing New Mexico’s historical and present day contributions to cutting edge research and development.”

Nationally, the aerospace industry contributes nearly $120 billion in export sales, resulting in a positive trade balance of $70.5 billion – the largest trade surplus of any manufacturing industry in the nation. In recent years, New Mexico has taken the necessary steps to enact and offer several incentives aimed at attracting new jobs and investment from aerospace and aviation companies. These incentives, combined with the state’s perfect climate and low population density, have made New Mexico one of the world’s premier locations for aerospace research, testing, and development.

“From the UAS testing at New Mexico State University’s Flight Test Center to the RPA training program at Holloman Air Force Base, New Mexico has emerged as a national leader and the ideal location for general aerospace and aviation,” added Lt. Governor Sanchez. “Today, we are proud to be home to the world’s first purpose built spaceport – Spaceport America; two national laboratories; three Air Force Bases; and White Sands Missile Range, the largest military installation in the nation. As Chairman of the ASA, I am eager to represent New Mexico’s interests and help mobilize the aerospace industry in states and local communities across the country.”